Lady Meng-Jiang and the Collapse of the Great Wall 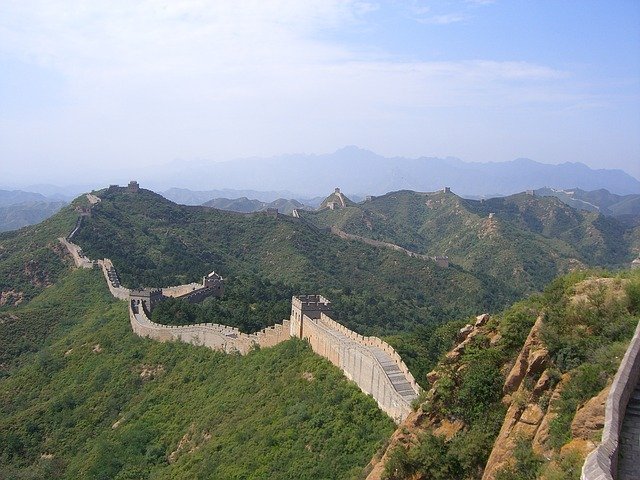 Chinese culture is important, as it plays a significant role in defining every aspect of a Chinese individual’s life. (Image: Heike2hx via Pixabay)

Lady Meng-Jiang is said to have lived more than 2,200 years ago during the Qin Dynasty. Her origin is something of a legend, and so is this story.

A family surnamed Meng once planted a gourd plant along the border of their residence. The plant grew rapidly and its vine stretched over the fence bordering their neighbor, surnamed Jiang. A big gourd grew at the fence. When the Meng family opened the gourd, a beautiful little girl emerged from it!

This little girl was later named Lady Meng-Jiang. She grew to be as beautiful as a heavenly maiden. She was also kind and bright, skilled at creating poetry and music, and steeped in Confucian virtues. The old couple Meng treasured her as their own daughter.

The first Emperor of the Qin Dynasty was a cruel and despotic ruler. To defend this newly united dynasty, he ordered many young men to perform slave labor to build the Great Wall in the north, without any concern for their lives. Many of the men died of exhaustion.

A scholar named Wan Xiliang escaped from home to avoid being captured to perform slave labor, and was hiding one day at the back garden of the Meng family. Lady Meng-Jiang discovered him and presented him to her father. Her father, who was a good-hearted man, decided to help Wan hide from the government.

While Wan Xiliang’s was hiding at the Meng residence, the Meng family got to know him and realized that he was a good scholar and a kind person, so they married their daughter to him.

Three days after their secret but joyous wedding, however, a group of government officials broke into the Meng residence and took away Wan Xiliang. Lady Meng-Jiang knew that her husband would be taken to build the Great Wall.

She waited for a year, often with tears drenching her pillow. But there was no news or signs of her husband. She decided to go look for him.

How far was the Great Wall? After many days of walking, Lady Meng-Jiang asked an old man. He answered: “There is a very far-away place called the You Province; the Great Wall is very far north of that.”

Lady Meng-Jiang suffered many hardships traveling to the Great Wall

Lady Meng-Jiang suffered many hardships on her way to the Great Wall. She walked all hours of the day and camped wherever she stopped. She ate cold bread and drank water from whatever stream she came across. She was often tired and cold, but she continued to walk, rain or shine, on plain fields or rugged mountains. She was often helped by families along the way.

Finally, Lady Meng-Jiang arrived at the Great Wall on a chilly autumn day. Seeing laborers carrying heavy loads under the guards’ order, her heart sank. She asked around about her husband Wan Xiliang, only to be told that he had died a few days after being captured there. He was buried under the Wall.

A great surge of sorrow overcame Lady Meng-Jiang; she cried and cried on top of the Great Wall, with her tears running like a river. She pounded on the Great Wall, mourning for her husband’s death and her own fate. Her cry moved the laborers and the guards, who stopped working and shed tears with her. The clouds darkened the sky, and the chilly wind of autumn became more sullen, as if to mourn with her.

Suddenly, a loud roaring sound broke out, as a section of the Great Wall collapsed, exposing beneath it piles of human remains — all of the laborers who had died.

Facing the piles of bones, Lady Meng-Jiang wondered how she could find her husband’s remains. Then she remembered what elders used to say: The dead person’s bones can only absorb family members’ blood. She cut her index finger and let the blood drop on the bones. Finally, she found her husband’s bones, beside which she could also recognize the buttons of his clothing that she had sewed for him.

Lady Meng-Jiang buried her husband according to proper rituals observed by a loving wife.

The legend goes that the section of the Great Wall that collapsed with Lady Meng-Jiang’s tears could never be rebuilt — it would collapse as soon as it was built up again. Lady Meng-Jiang also became a legendary heroine greatly respected by generations of Chinese people. The Temple of Lady Meng-Jiang, first established in the Song Dynasty about 1,000 years ago, has been maintained and worshiped at the eastern beginning of the Great Wall till this day.