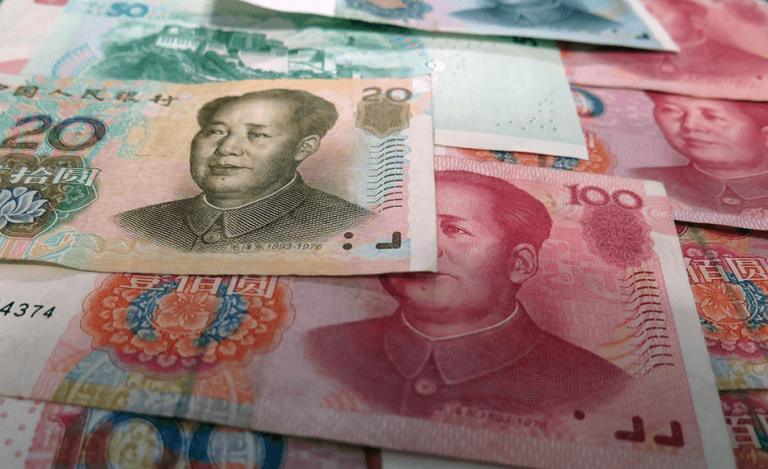 The yuan is trading around the important level of 7 against the U.S. dollar. (Image: moerschy via Pixabay)

On the eve of Chinese New Year (February 15), Chinese billionaire Guo Wengui, who fled to the United States in 2015, released a video revealing former president of China Jiang Zemin’s embezzlement, including his family, of national assets worth US$500 billion (about 4 trillion yuan), making them the richest family in the world. This money is now being managed by his grandson, Jiang Zhicheng.

The revelation is based on information obtained by Guo’s professional investigation team, which confirmed that the Jiang family holds large amounts of cash and assets at home and abroad. These assets include funds, stocks, bonds, energy and technology shares, investments in gold futures, real estate, overseas holding companies, and offshore companies.

The majority of assets under Jiang Zhicheng’s control are held in Australia. Guo Wengui has gained much information about his bank accounts and family trusts. Their sources of funding are to be revealed in a subsequent video.

Guo also exposed that Jiang Zhicheng has dual citizenship in the United States and China. In order to substantiate this claim, Guo is able to provide Zhicheng’s Chinese passport details. (China does not recognize dual citizenship. According to Chinese law, if someone from China obtains citizenship elsewhere, their Chinese passport must be revoked). He also alleged that Zhicheng’s girlfriend, Xiayu, has possession of nearly US$100 billion worth of assets.

The corruption of Jiang Zemin’s family and Jiang Zemin’s embezzlement of billions of dollars has long been known. A few years ago, China Affairs disclosed Jiang Zemin’s secret Swiss bank account of $US350 million and the mansion he bought in Bali, Indonesia, in 1990 worth $US10 million, claiming former Foreign Minister Tang Jiaxuan made the arrangements for him.

Hong Kong’s Open magazine disclosed that in December 2002, the Bank for International Settlements discovered that there was a huge outflow from China of US$2 billion that was unclaimed. It was later revealed by Liu Jinbao, former president of the Bank of China (Hong Kong) Limited that the money was transferred by Jiang Zemin on the eve of the CCP’s 16th National Congress, with the intention of preparing himself for the future. This is said to be a small portion of the total assets of Jiang Zemin’s embezzlement and that of his family members family. (Liu Jinbo was sentenced to death in 2005 for corruption.)

According to reports from overseas Chinese media, the officialdom of Shanghai had been under Jiang Zemin’s control for more than two decades. His two sons, Jiang Mianheng and Jiang Miankang, had long-term connections with the political and business elite, and secretly accumulated their wealth. Jiang Mianheng misappropriated public funds and established a vast telecommunications empire while intervening in almost all major projects in Shanghai. Jiang Miankang was more interested in holding power over the Shanghai Municipal Construction and Communications Commission, which is responsible for the city’s land, demolition, relocation, planning, and construction.

The Jiang family’s corruption has been exposed to the world, but they still have not been indicted despite the local anti-corruption campaigns. In recent years, many people have called on President Xi Jinping to arrest Jiang Zemin, the mastermind behind the corruption, and also to take the road of democratization.