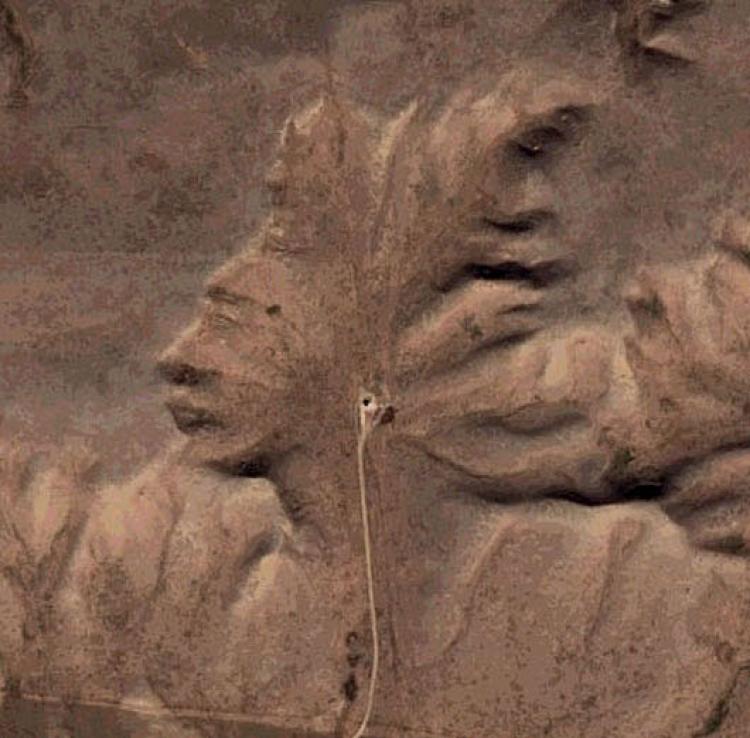 There are certain instances in nature when rocks take human form. “Men hang out their signs indicative of their respective trades; shoemakers hang out a gigantic shoe; jewelers a monster watch, and the dentist hangs out a gold tooth; but in the mountains of New Hampshire, God Almighty has hung out a sign to show that there He makes men.”— Daniel Webster (1782-1852), American statesman

According to ancient Chinese tradition, the gods of Heaven didn’t exist entirely on a separate plane of reality — they also had a material correspondence on Earth. The ancients believed that large rocks, mountains, or capricious land reliefs were part of a cycle of movement through which the gods lived and were nourished. So every time one of those images fell, it meant that the life-cycle for that God had ended.

Beyond the myths or truths of the fate of the universe, these visual wonders of nature can be found throughout the planet — and even beyond. While our current culture doesn’t offer such splendid explanations for natural stone structures, these unusual formations where rocks take human form still capture our imaginations, often becoming treasured centerpieces in parks and nature preserves.

The Badlands Guardian, an example of when rocks take human form

Located in southeastern Alberta, Canada, this great geological wonder can only be seen from high above the ground. Nevertheless, its humanoid details are stunning when one considers that human hands did not take part in shaping this large mass of rock. Interpreted by many as a human head donning both a native headdress and an iPod, the profile was formed by the erosion of rainwater on layers of clay-rich soil.

The headphone’s wires are formed by a dirt road, and the earpiece is formed by an oil well where the road ends. However, these additional manmade details only add an interesting touch; they are not absolutely necessary to give identity to the figure.

In fact, they give a modern air to this face that seems out of place with the native style of the original form. Other names given to the “Guardian” during its course of popularity are “Super Granny,” “Cliff,” “Hickox’s Head,” “In Plains View,” “The Listening Rock,” and “Napi.”