How Chopsticks Came to Symbolize the Precepts of Chinese Families 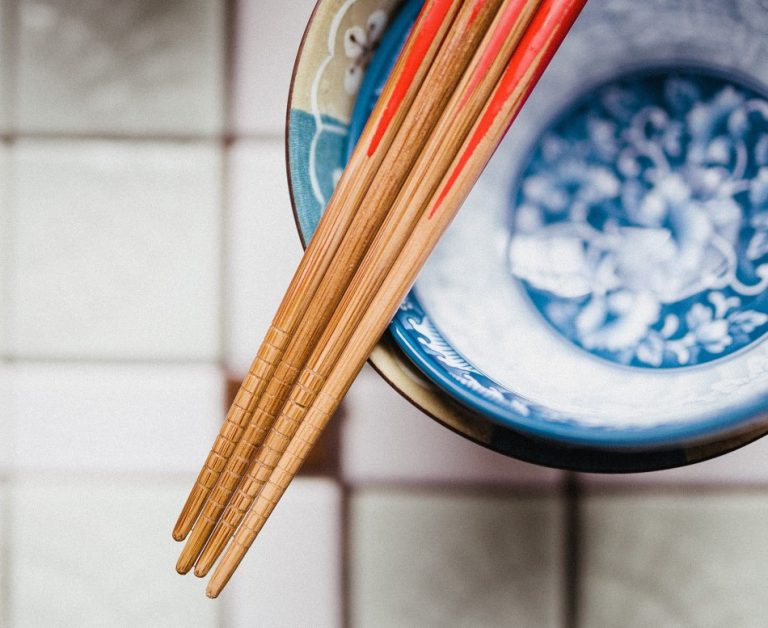 Legend has it that chopsticks were invented by Emperor Yu the Great, who was once stranded on an island and started cooking some meat. (Image: via pixabay)

Let’s have a look at what could give chopsticks such importance that they eventually over time became the symbol of family laws. Generally, chopsticks are made of bamboo, wood, and sometimes metal. They generally come in a normal size for eating, a smaller size for children, and a large size for cooking.

Chopsticks and the Tao

Chopsticks are one of the items that a Taoist (a priest in Taoism) would always carry with him. Taoist teachings play a fundamental role in shaping the moral and ethic foundations of the Chinese people.

Before there were TV shows, there were campfire or evening stories. The elders of a family or tribe would tell everyone stories passed down from their past. Like many Chinese stories, the story of chopsticks is more than just entertainment; it has a deeper meaning.

The following is an illustration of how a storyteller, the elder of a family, might have gone about telling the chopsticks story to the young ones.

A grandfather tells his grandsons to bring a bundle of chopsticks. The old man takes one bamboo chopstick and brakes it between his hands, by folding it in two. Then, he takes a pair of chopsticks and does the same. After this, he takes three, even four. The result is the same — the chopsticks brake when he applies force.

Then, the old man grabs a whole bunch of chopsticks, holds them together and tries to break them, but fails at it.

The grandfather slowly lifts his head and says: “Each of you is as weak as a chopstick;  you can be easily beaten if you are apart. But when you stick together, no one can beat you.”

In Taiwan, the ancestors known as the Hakka used chopsticks to represent family laws. The chopsticks were a reminder to the younger generation to stay united as a clan and were worshiped on an altar.

A part of the chopsticks bundle would be placed facing inward, the other facing outward. The arrangement of chopsticks symbolized the way a family helps one another, both internally and externally.

At every Hakka festival, the family law in the form of a story is told by the grandfather in front of the entire family as a reminder of its moral meaning — to always stay united even in the heart. Such traditions and stories have been passed down for generations, bringing us to where we are today.

Among the Hakka people, it has become a long-standing tradition to practice the aforementioned ritual. Many believe it is stories and traditions like these that have strengthened the Hakka people.

Today, the whole tradition is regarded as family law and is symbolized by chopsticks. It is said that the tradition was spread by the Hakka people from northern China to the south. Having to migrate into a new territory was always regarded as something unceasing for the Chinese mainlanders.

For the Hakka people, therefore, chopsticks have an interwoven tradition of symbolizing strength and being stronger together, as a family, and respecting the precepts that ensure a family bond is strong.

Chopsticks in a museum

Chopsticks are such a deeply rooted part of life for many Chinese, that the Taiwan Museum Foundation of Ethnology in Yilan City, Taiwan, displays an incredible collection of antique chopsticks.