The History and Traditional Values Behind Chinese Cuisine 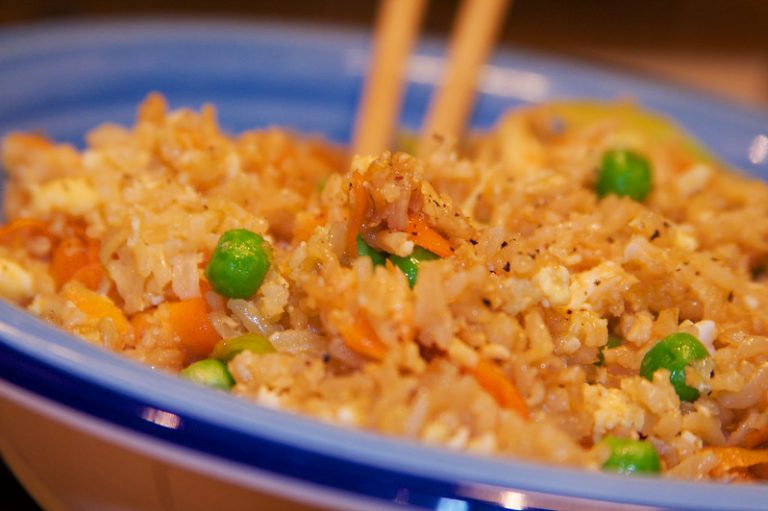 China’s influence is far reaching and while many contemplate what’s good and what’s bad, there is one feature of Chinese culture that has truly impressed the whole world. It’s undoubtedly Chinese food. (Image: Lloyd Morgan via Flickr)

Already by the end of the Spring and Autumn Period of Chinese history, the eating habits and Chinese cuisine were deeply influenced by terminology and etiquette from Confucianism.

In a classic book from the Confucian school, Book of Rites, it states:

Confucius (K’ung Fu Tzu) also believed that the way a chef cuts food affects ingredients, while the freshness of food affects the taste. Not fulfilling both is considered an act of disrespect toward guests.

In China, such etiquette was recommended nearly 2,000 earlier than in the West. Over time, as cooking methods further developed, people also began to pay attention to the taste of food.

It was scholars who redefined the kitchen into two main categories: the mastery of fire control and the ability to mix and match different flavors. Even they, themselves, participated in cooking and created many wonderful dishes.

Sun Simiao, a renowned and famous herbalist and doctor from the Tang Dynasty (A.D. 618-907), is recognized as the King of Medicine in Chinese medical history. But aside from being a great physician, he also excelled in the art of cooking.

One day, he came to Chang’an — a city of ancient China that is now known as Xi’an — and he had decided to eat at a restaurant that sold cooked pig intestines. When the dish was served, the smell of the intestines was too strong to bear, let alone eat.

Sun Simiao thought for a moment, then took out a gourd bottle with medicine that had herbs like Chinese pepper, fennel, and cinnamon, and he told the restaurant owner to cook the intestines with the herbs. What resulted was a dish that was not oily or smelly, but in fact very pleasing to the palate.

The owner insisted Sun Simiao not be charged for the food. In return for the owner’s kindness, on his next visit, Sun Simiao gave the owner a gourd filled with the herbs. After that, the restaurant was very successful, and the townspeople offered high praise to the intestines dish.

When asked the name of the dish, the owner was stumped. He then spotted the gourd that was given to him and replied without a second thought, “gourd head.” Later, he hung the gourd directly over the entrance to his establishment. Over time, the dish increased in popularity and is now a famous Xi’an appetizer.

Prime Minister Wei Zheng, also from the Tang Dynasty, was famous for giving sincere and stern advice to Emperor Taizong.

Indeed, the rumor was true. Wei’s eyes shined when he saw the pickled celery and he finished it right away. Emperor Taizong then said to Wei: “You once told me you didn’t have any indulgences. Have I not seen one today?” Wei replied:

“If the Emperor has nothing better to do than look into this kind of small matter, then as your subject, I have no choice but to develop such trivial attachments for your satisfaction, like eating pickled celery.”

Wei spoke in a respectful and humble manner, but his harsh words had implied that he had much greater expectations of the Emperor, hoping he would look into bigger matters like taking care of subordinates and doing more good for the country.

After hearing those words, Emperor Taizong was silent for a long time, repeatedly looking up to the sky, sighing. He did so because he had heard the great expectations in Wei’s words and was very touched by Wei Zheng’s true loyalty and dedication to the country.

During the Yuan You period of the Song Dynasty (960-1279), scholar Su Dongpo was an officer in Hangzhou. He led the people of Hangzhou to work on flooding issues at West Lake. He had a dam built, which not only solved the problem, but it also added beauty to the lake. To show their gratitude, the villagers sent Su Dongpo pork so he could make his beloved braised pork.

Upon receiving a good amount of the pork meat, Dongpo shared it with the workers who had helped complete the project of the lake. He then told his family to cut the flesh into small squares and cook it using a method he’d developed: Add a little water, simmer, and cook for a long time.

In cooking this way, the meat is more aromatic, finishing crispy on the outside and tender on the inside, and not oily. The workers loved it and gave it the name Dongpo Pork. Later, the custom of cooking Dongpo Pork on the eve of the Lunar New Year to express admiration and respect for Su Dongpo had become a tradition.

There are many more dishes created by scholars from various periods. Some recipes have not been passed or written down, but their essence has been adapted by several chefs in history, who’ve created dishes according to different tastes that have been accepted by people from different regions and eras.

One exceptionally popular Chinese dish that can be cooked easily and with all kinds of assorted vegetables and meats is chao fan (fried rice):