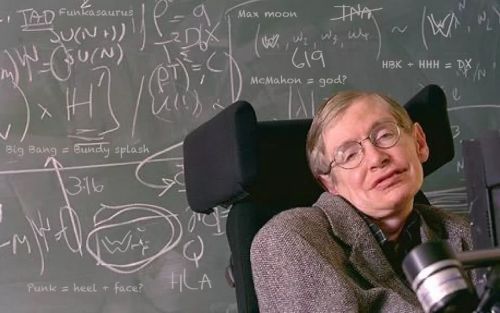 Stephen Hawking was an English theoretical physicist, cosmologist, author, and Director of Research at the Centre for Theoretical Cosmology at the University of Cambridge, England. (Image Lwp Kommunikáció via Public Domain )

Renowned British theoretical physicist Stephen Hawking died on March 14, 2018. The news generated an online view rate of nearly 500 million people in China. At the same time, almost 250,000 viewers responded to the news with comments and messages.

According to Agence France-Presse, Stephen Hawking opened a Sina Weibo account two years ago and started posting messages in English and Chinese. These were well received by his Chinese followers, as Hawking wanted to engage fully with his Chinese audience and learn from them.

Within a few short hours of opening the Chinese social media account, he had already attracted a million followers and the number grew to nearly 5 million. The news of him dying at the age of 76 instantly trended on Weibo. The hash-tag “#Hawkingdied” attracted over 450 million page views, while tributes abounded and Chinese followers mourned his passing.

Many readers consider his demise the fall of a superstar. One viewer commented that Steohenm Hawking was no longer trapped by his failing body. The superstar might have left this world, yet his next journey is a mystery, perhaps floating to the stars he studied.

Readers found that the legend of the great scientist lived on until the end: Stephen Hawking was born on the same day as the anniversary of Galileo’s death 300 years earlier, and he died on the same day as Einstein’s birth date of March 14.

Despite spending his whole life on the studies of physics and astronomy, Hawking was against the project of the 500-meter Aperture Spherical Telescope (nicknamed Heavenly Eye) located in Guizhou, China.

Heavenly Eye, the world’s largest filled-aperture radio telescope, started operations on September 25, 2016. Soon afterward, it received an outer space signal from 1,300 light-years away. Chinese scientists were keen on sending a kind message back.

Hawking warned not to respond to any alien signals due to the unknown intention of other beings in outer space. It might lead to the pillaging and destruction of the human race once our location was exposed. China, however, ignored Stephen Hawking’s advice.

Hawking made a number of recent warnings to remind us to treasure life more.

In 2016, he warned of the existence of far more advanced aliens in outer space who could be rapacious marauders roaming the cosmos in search of resources to plunder and planets to conquer and colonize.

Yet it is an ironic twist that in the documentary Expedition New Earth released in June 2017, Hawking warned that overpopulation, epidemics, climate change, and asteroid strikes could end humanity, and that humans should find a way to colonize a new planet in a bid to survive.

In an interview with the Times newspaper in March 2017, Stephen Hawking warned that the development of full artificial intelligence could spell the end of the human race, predicting a future where robots could decide they didn’t need humans anymore.

Amid these pessimistic warnings and predictions, however, Stephen looked on the lighter side of life and was known for his extraordinary resilience.

In this example about depression, he said in one of his famous quotes that:

”Black holes ain’t as black as they are painted. They are not the eternal prisons they were once thought. Things can get out of a black hole both on the outside and possibly to another universe. So if you feel you are in a black hole, don’t give up — there’s a way out.”