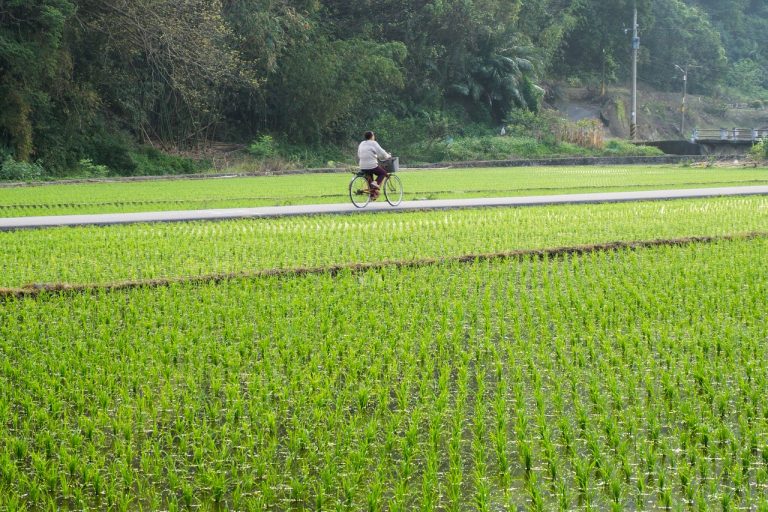 Increasing their efficiency while reducing their environmental impact are critical steps to ensuring a sustainable food source for the world’s growing population. (Image: Prometeus_86 via Pixabay)

Smallholder farmers who cultivate perhaps only a few hectares of land dominate the agricultural landscape in places like China, India, and sub-Saharan Africa. Increasing their efficiency while reducing their environmental impact are critical steps to ensuring agricultural sustainability for the world’s growing population.

Yet sharing best practices with smallholder farmers, who often have limited resources to invest in their livelihoods and who number in the hundreds of millions in China alone, is a daunting prospect.

In a report in the journal Nature, the University of Pennsylvania’s Zhengxia Dou, professor of agricultural systems in the School of Veterinary Medicine, teamed with colleagues from China Agricultural University and other institutions in sharing the successful implementation of a long-term, broad-scale intervention that both improved yields and reduced fertilizer application across China.

The effort, enacted over 10 years, engaged nearly 21 million farmers and increased yield on average more than 10 percent and lowered fertilizer use between 15 and 18 percent. Overall, the actions netted an increase in grain output with a decrease in fertilizer input and savings totaling $12.2 billion.

“The extent of the improvement in terms of yield increase and fertilizer decrease was great,” says Dou.“But it was not a surprise, as similar results had been attained before.

“It was the scale of it all, approaching it with an all-out effort and multi-tiered partnerships among scientists, extension agents, agribusinesses, and farmers, achieving a snowball effect. That, to me, is the most impressive takeaway.”

The first author of the study was Zhenling Cui, and the project leader and corresponding author on the study was Fusuo Zhang, both with China Agricultural University. A full list of authors is available here.

The project began with the recognition that prevailing agricultural practices of China’s vast numbers of smallholder farmers do not meet requirements for sustainable productivity. Globally, food production must increase by 60 to 110 percent over 2005 levels by 2050 in order to meet demand.

At the same time, the impact of climate change and environmental degradation makes farming more difficult.

To determine the best ways of meeting sustainable productivity demand, researchers in the current study conducted more than 13,000 field trials testing what they call an integrated soil-crop system management program, or ISSM, a model that helps determine which crop variety, planting date and density, fertilizer use, and other strategies will work best in a given climate and soil type. The tests were done with maize, rice, and wheat.

Moving toward agricultural sustainability in China

After determining that the model could help guide agricultural efforts across China’s major farming zones and achieve yield improvements and fertilizer reductions, the researchers organized a massive campaign to work with farmers across China.

“The collaborating scientists trained local technicians, and the technicians worked with the farmers closely to develop their management practices based on what made sense in the region,” Dou says.

Agribusiness was a key partner in the effort, helping design fertilizer products that matched the needs of the farmers.

“This was a massive, nationwide, multi-layered collaboration,” Dou says.

To gain a deeper understanding of the current performance of Chinese farmers, the researchers conducted a survey of 8.6 million farmers from 1,944 counties across the nation. They found room for improvement, as most had yields at least 10 percent, and some as much as 50 percent, lower than the ISSM would predict.

Dou believes the experiences and lessons gained through this nationwide project can be applicable elsewhere, particularly in Asia. India, for example, is another country where yields are relatively low and fertilizer use high.

In sub-Saharan Africa, both yield and fertilizer input is low, yet the lessons “in how to work with smallholder farmers, how to earn their trust and engage them,” Dou says, would still hold true.

Provided by: University of Pennsylvania [Note: Materials may be edited for content and length.]