Democracies Need to ‘Muscle Up’ and Oppose Beijing’s Interference 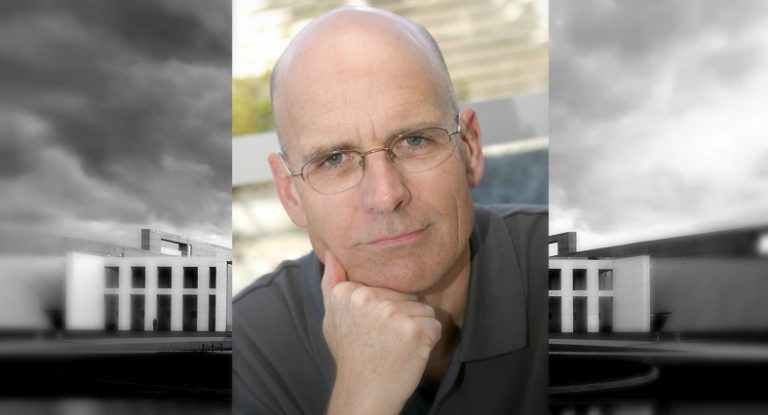 Clive Hamilton is an Australian author and public ethics professor at Charles Sturt University in Canberra. (Images: via Wikimedia Commons)

A leading Australian academic has urged liberal democracies to “muscle up” in dealing with Beijing’s interference by the Chinese Communist Party (CCP).

In the below interview with China Uncensored, Professor Clive Hamilton, author of the recently released Silent Invasion, said Beijing has been conducting comprehensive influence operations on Australia and its institutions.

When researching the book, Professor Hamilton said he was constantly surprised by the extent of what Beijing has been doing.

“Nothing is sacred. No area of Australian society, politics, or culture is not free from influence [by the CCP] if there is an opportunity there,” Professor Hamilton said.

He pointed out that liberal democracies — i.e. Australia, the U.S., Canada — need to better protect themselves and their freedoms from the CCP’s actions.

“Liberal democracies need to muscle up — I mean, here is a serious threat to the foundational values of liberal democracy [that are] led by very powerful economic incentives coming from the People’s Republic of China,” Professor Hamilton said.

“I think we in liberal democracies need to make a real fundamental decision – one that we haven’t been forced to do… for decades, and decide how much is our freedom worth.”

The publishing of Silent Invasion comes amid growing concern over CCP influence on Australian society, as well as in neighboring New Zealand.

Professor Hamilton said he wrote Silent Invasion to warn his fellow citizens what Beijing has been doing in Australia.

“I wrote the book in order to wake up Australians in what is happening, to give them a full picture of the nature of these operations, and more particularly why — why is the CCP targeting Australia in this way,” he said. “It’s really about bringing about social change, political change, in response to what I see, as many others do, is a really big problem in Australia.”

In his book, Professor Hamilton covers a wide range of operations that are ongoing in Australia by both the CCP and its agents of influence.

“They have tried to influence — with great success — all of Australia’s major institutions from politics to media to business to of course into universities,” he said.

Where Is the Silent Invasion Coming From? https://t.co/7UZNRGhZnx

Before the release of his book, Professor Hamilton’s work had received media coverage thanks to it being dropped by publisher Allen & Unwin, who feared retaliation.

Allen & Unwin had been enthusiastic about Silent Invasion right up until the day before he got a call saying they were not going to publish it.

“They did it because there were afraid of retaliation from Beijing,” he said. “I thought this is a kind of brilliant, but unwelcome, vindication of the central argument in my book,” he said.

Silent Invasion ended up being published in February by Hardie Grant. A month earlier, sources told 9 NEWS that China topped Australia’s domestic spy agency’s list on a secret country-by-country counterintelligence index as the most extreme threat to the country’s national security.

Watch this other episode of China Uncensored from November about the challenges that Silent Invasion faced in getting published.