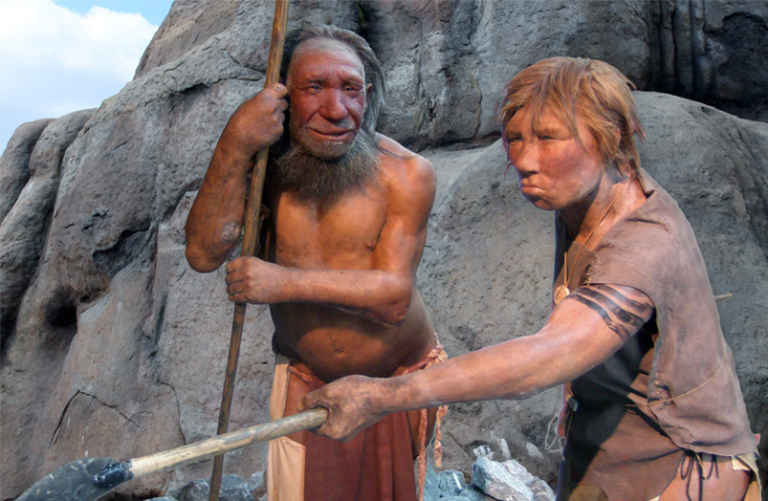 The study, by the University of York, reveals that Neanderthal healthcare was uncalculated and highly effective — challenging our notions that they were brutish compared to modern humans. (Image: GFDL via Wikimedia Commons)

They have an unwarranted image as brutish and uncaring, but new research has revealed just how knowledgeable and effective Neanderthal healthcare was. The study, by the University of York, reveals that Neanderthals practiced healthcare that was uncalculated and highly effective — challenging our notions that they were brutish compared to modern humans.

The researchers argue that the care provided was widespread and should be seen as a “compassionate and knowledgeable response to injury and illness.”

It is well known that Neanderthals sometimes provided care for the injured, but a new analysis by the team at York suggests they genuinely cared for their peers, regardless of the level of illness or injury, rather than helping others out of self-interest.

Lead author Dr. Penny Spikins, senior lecturer in the Archaeology of Human Origin at the University of York, said:

“Our findings suggest Neanderthals didn’t think in terms of whether others might repay their efforts, they just responded to their feelings about seeing their loved ones suffering.”

Most of the individuals archaeologists know about had a severe injury of some kind, with detailed pathologies highlighting a range of debilitating conditions and injuries.

In some cases, the injuries occurred long before death and would have required monitoring, massage, fever management, and hygiene care, the study suggests.

Analysis of a male aged around 25-40 at the time of his death revealed a catalog of poor health, including a degenerative disease of the spine and shoulders.

His condition would have sapped his strength over the final 12 months of his life and severely restricted his ability to contribute to the group.

Yet, the authors of the study argue he remained part of the group, as his articulated remains were subsequently carefully buried. Dr. Spikins added:

“We argue that the social significance of the broader pattern of healthcare has been overlooked and interpretations of a limited or calculated response to healthcare have been influenced by preconceptions of Neanderthals as being ‘different’ and even brutish.

“However, a detailed consideration of the evidence in its social and cultural context reveals a different picture.

“The very similarity of Neanderthal healthcare to that of later periods has important implications. We argue that organised, knowledgeable, and caring healthcare is not unique to our species, but rather has a long evolutionary history.”

Provided by: University of York [Note: Materials may be edited for content and length.]