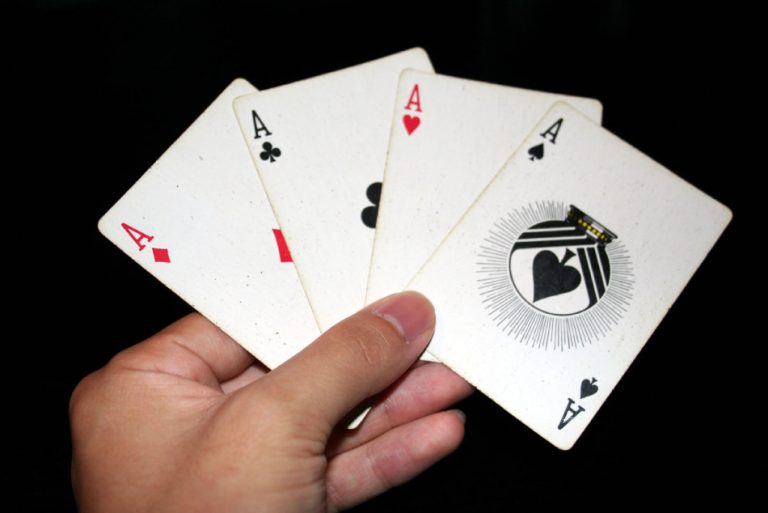 Gambling is addictive and comes with various issues and no benefits. (Image: Enoch Lau via Flickr)

President Trump’s memorandum signed on March 22, 2018 has directly targeted China for its unfair trade practices. Trump has announced the U.S. will impose import tariffs up to $60 billion and this is only “the first of many” retaliatory steps to follow against China. China, on the other hand, has warned the U.S. about its move and has made it clear that they will retaliate with their own set of tariffs on U.S. products if the administration’s decision goes ahead. The world, at large, is worried that this might be the start of an international “trade war.”

Are import tariffs the Trump card?

The U.S. administration has 15 days to make a list of tariffs against Chinese products, which will be followed by a period of 30 days for the public and lobbies to discuss the proposal. Section 301 Trade Action, according to the U.S. administration, has come to light to penalize China for its trade deficit of about $504 billion, and has claimed it to be the largest trade deficit of any country in the world.

Robert Lighthizer, U.S. Trade Representative, has accused China of several trade violations — such as forced technology transfer, hacking, and theft of American intellectual property — all of which are serious cases for America’s future and need to be dealt with. The U.S. administration strongly supports this move as part of the “America First” order, and promises to make right all the wrong that has been done to them over the past any years.

The U.S. administration has also announced its plan to sue China at the World Trade Organization (WTO) for its unfair trade gains and violations, especially the theft of intellectual property. This has cost the U.S. some $600 billion annually.

Until the tariffs become a reality, it is difficult to ascertain what China’s exact move will be. The Chinese Premier, Li Keqiang, mentioned that the country will open up its economy and its manufacturing sector by lowering import tariffs and reducing taxes. He also mentioned that China will not force international companies to transfer technical know-how to local firms and will protect intellectual property. On the other hand, the Chinese government has called President Trump “reckless” for his decision to impose import tariffs of such an order and have warned that they are ready to fight back.

China has already threatened to target 120 products worth $1 billion that include fresh fruits and wine. In retaliation, they are planning to impose 15 percent and 25 percent tariffs on U.S. goods based on the effect of the U.S. decision on China’s economy. With regard to the WTO announcement, China has also decided to approach the WTO to file a complaint against the import tariffs.

If the U.S. administration’s decision goes ahead, a trade war is inevitable, as both parties are known to be aggressive.Whether it will have global consequences is debatable; however, neither will emerge victorious, as each knows the other’s vulnerability. For the U.S., its agricultural products are most vulnerable and for China, its technology and manufacturing. Import tariffs and sanctions from both the nations will only be followed by more of the same with increasing levels of severity.

If the result of all these actions is a “trade war,” there is no denying that both the countries are equally responsible and that both the countries will feel the brunt as well. China started this “fight” many years ago with its nationalist policies, and now the U.S. may fuel it with their own policies to protect American interests.