Nanoparticles May Be Causing DNA Damage to Brain Cells 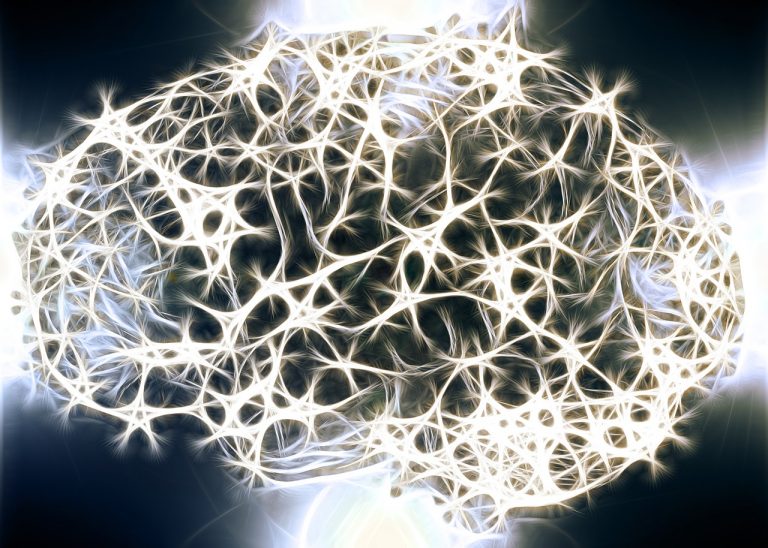 The discovery may have implications for the development of potential drug targets in the treatment of neurodegenerative conditions, including Alzheimer’s disease and Parkinson’s disease. (Image: geralt via Pixabay)

New research by scientists shows that when cellular barriers are exposed to metal nanoparticles, cellular messengers are released that may cause damage to the DNA of developing brain cells.

The discovery may have implications for the development of potential drug targets in the treatment of neurodegenerative conditions, including Alzheimer’s disease and Parkinson’s disease. Nanoparticles are very small particles between 1 and 100 nanometres in size. The research was carried out by scientists at Trinity College and the University of Bristol, and it was published online this week in Nature Nanotechnology.

More on nanoparticles below:

They are being increasingly used in drug delivery, chemotherapy, imaging, and diagnostics due to their ability to travel within organisms by utilizing cellular pathways. During their interactions with cell membranes and internalization into cells, key signalling pathways and processes are altered. In addition to affecting the health of directly exposed cells, the internalization of nanoparticles can also detrimentally affect neighboring cells in a manner similar to the radiation-induced bystander effect.
For this particular research, scientists grew a layer of BeWo cells, a cell type widely used to model the placental barrier, in a laboratory on a porous membrane.This cell barrier was then exposed to cobalt chromium nanoparticles and the media under the barrier was later collected and transferred onto cultures of human brain cells, which sustained DNA damage.Confirmatory exposures to maternal mice during embryonic development were also performed that also found exposures resulted in damage to DNA in the hippocampus (part of the brain involved in learning and memory) of the newborn offspring.The scientists demonstrated that cells in the barriers processed the nanoparticles by a natural cellular pathway, known as autophagy, leading to those cells generating signaling molecules.

These signaling molecules caused DNA damage to the brain cells’ astrocytes and neurons; this was confirmed, as when either autophagy or IL-6 (main cell messenger identified) was blocked, the amount of DNA damage was reduced.

These findings support the idea that indirect effects of nanoparticles on cells, which is the case in this study, might be as important to consider as their direct effects when evaluating their safety. Importantly, the DNA damage to neurons was dependent on astrocytes being present.

Astrocytes are the most common cell type in the brain, which for years were thought to have their major role as a support cell; however, it is now known that they have multiple roles in the brain that can have both positive and negative effects on neighboring neurons.

“Maeve Caldwell, Professor in Neuroscience at Trinity College Dublin, lead author on the study, said: “Astrocytes are the most common cell type in the brain which for many years were considered to play a supportive role to neurons.

“However, the fact that media from nanoparticle-exposed cellular barriers only damaged neurons when astrocytes were present, provides further evidence that the role of astrocytes in the brain goes way beyond that of providing support to neurons.

“When astrocytes are stressed (under our experimental conditions), they are capable of damaging neighboring neurons.

“This could have implications for developing our understanding of how astrocyte behavior may affect neuronal health in many neurodegenerative conditions, including Alzheimer’s and Parkinson’s disease, and hence warrant their continued development as potential drug targets.”

These findings demonstrate that nanoparticle damage to brain cells can cause DNA damage that’s dependent on astrocytes. This has implications for further studies aimed at developing astrocytes as potential drug targets for neurodegenerative conditions.

Provided by:Trinity College Dublin [Note: Materials may be edited for content and length.]