The Tang Dynasty’s Cash Pharmacopoeia: What Is Money? 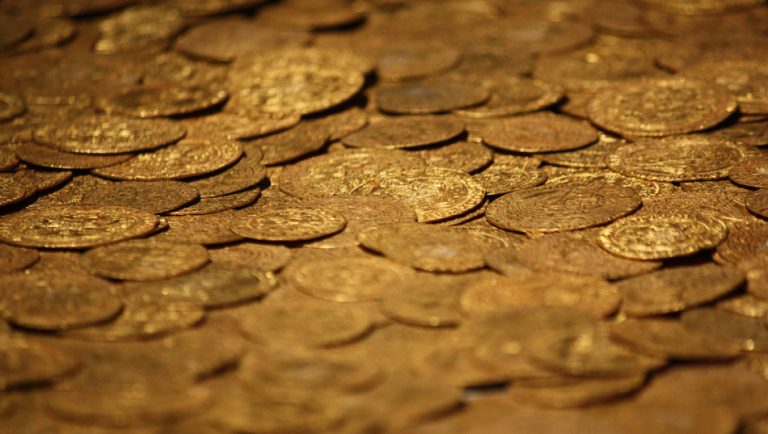 Is money a subject of traditional Chinese medicine? Not at all.(Image: Lawrence OP via flickr)

The Cash Pharmacopoeia (Qian Bencao) was written by Zhang Yue, a high official in the imperial household — famous for his style of writing — during the Kaiyuan era of the Tang Dynasty. Is money a subject of traditional Chinese medicine? Not at all. The exquisite piece of writing was fashioned after The Classic of Herbal Medicine (Shennong Bencaojing), which researchers have attributed to the mythical Chinese sovereign Shennong, who was said to have lived around 2800 B.C.

Zhang Yue: The sage of literature

In the first year of the Tang Dynasty, during the reign of Yongchang (A.D. 689), 22-year-old Zhang Yue sat his imperial exam. The article he wrote was later honored as being the best in the world. He was respected for his literary works for the next 30 years and became known as a sage of literature. He even became a court official and was made a prime minister three times.

Zhang Yue wrote his Cash Pharmacopoeia in his later years when he’d already been a part of high-class society for more than 40 years. The book was short and concise.

He describes money as a poison that causes a fever, yet preserves a youthful appearance; a sweet medicine that is good for treating hunger, cold, and distress, and immediately efficacious. Zhang Yue wrote:

“Money is able to benefit the country, but can even corrupt eminent persons, so brings fear to even the upright and honest. When greedy people hold it, best if they can maintain a good balance; if they cannot maintain a good balance, then they will suffer from heat and cold, as if infected with cholera (acute intestinal disease). Money as medicine — there is no definite harvest; people with no principle who simply take it, can have their spirit hurt.”

“Money is popular — it can be used to appease the gods up above or burnt to appease the ghosts down below. If you only make money and don’t give it, there will be misfortunes from water, fire, or theft; if you only give and don’t accumulate money, you will suffer from hunger and distress.”

He went on to write:

“To give, while accumulating — this is the Tao; to not treat money as treasure — this is virtue; receiving and giving appropriately — this is righteousness; not asking for unnecessary money, only to justify its use — this is courtesy; using it to widely save people — this is benevolence; staying within one’s means and sticking to a schedule of repayment — this is trust; and making money without harming oneself — this is wisdom. With these seven virtues concocted like herbs, one can prolong one’s life. Yet, if you do not apply the virtues, money will destroy your love and spirit. This should be given special attention.”

Zhang Yue likened money to traditional Chinese medicine. He discussed man’s relationship with money in detail, summarizing its precise method of use.

Translated: Chua BC and edited by Emiko Kingswell