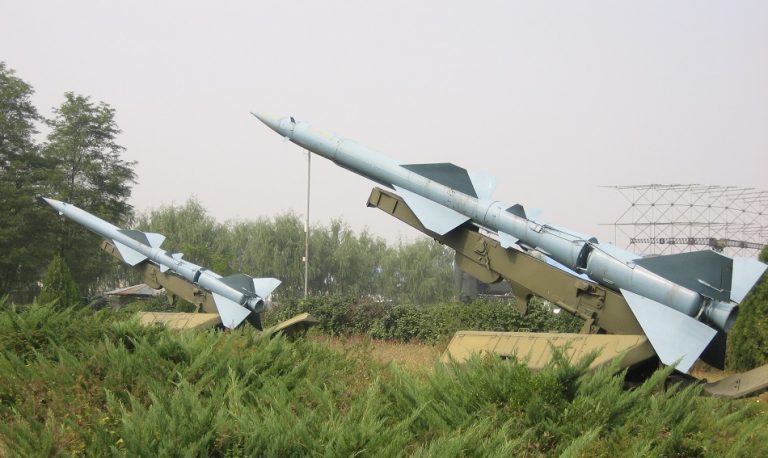 The Chinese military have reportedly placed anti-ship cruise missiles and surface-to-air missiles on three fortified outposts in the Spratly Islands. (Image: via Wikipedia)

The U.S. has warned Beijing there will be consequences for its installation of missiles in the South China Sea on contested islands.

Huckabee Sanders said that the U.S. has raised their concerns with the Chinese over what is occurring.

“There will be near-term and long-term consequences,” she said.

Huckabee Sanders did not say what those consequences might be.

She was responding to a question raised by a journalist about media reports originating from a CNBC article citing unnamed sources describing how the Chinese have established missiles on three fortified outposts west of the Philippines.

The CNBC report stated that Beijing quietly installed anti-ship cruise missiles and surface-to-air missiles on Fiery Cross Reef, Subi Reef, and Mischief Reef in the Spratly Islands over the past 30 days. Radar jamming equipment has also been installed, said the report.

See this report from Fox News:

Australian Foreign Minister Julie Bishop also voiced her disapproval over the news, saying that what the establishment of missiles is “contrary to China’s stated aspiration that it would not militarize these features,” reported AAP.

Beijing claims most of the South China Sea as its own. That’s a 1.4-million-square-mile stretch of open ocean where some $5 trillion of ship-borne trade passes through annually.

To back up claims that stretch 1,200 miles from its own shoreline, Beijing has been busy turning atolls and rocky outcrops into islands that are being militarized, the Pentagon has repeatedly said. Around 3,000 acres of new territory have been built on seven reefs.

See this report from ABC News:

A U.S. defense expert told Reuters that the recent missile deployment is “a major escalation.”

“When China sees that it can get away with these types of actions with little cost — as they did all through 2015 and 2016 — it only makes it more likely they will keep pressing,” said Eric Sayers, a former consultant to the commander of the U.S. Pacific Command.

“China sees its participation in the exercise as a sign of its acceptance among the world’s maritime powers, but Beijing should not be allowed to militarize this open maritime domain and still be honored as a welcomed member of the maritime community,” said Sayers.

In February 2016, the Chinese deployed surface-to-air missiles and fighter jets on the contested Woody Island, which is part of the Paracel Island chain that is also claimed by Vietnam and Taiwan.

Here's why so many nations want to control the South China Sea pic.twitter.com/tvrdjCeIhi

Chinese officials have long said there would be no militarization of the contested strategic waterways. In March, Premier Li Keqiang said as much, but added that defense equipment would be added to built-up islands to ensure “freedom of navigation,” reported Reuters.

The Philippines, Vietnam, Malaysia, Brunei, and Taiwan also have contesting claims in the South China Sea, but what Beijing has done dwarfs all of their efforts combined.

Beijing has repeatedly rejected international arbitration over the islands. In July 2016, Beijing ignored the results of a tribunal with the Permanent Court of Arbitration at The Hague that ruled against China’s claims over the sea.

The  installation of missiles has occurred around the same time as reports that Chinese personnel in Djibouti have used powerful lasers against American aircraft.  Two U.S. pilots reportedly suffered minor eye injuries.

See this Fox News report on why Beijing is a bigger problem for the U.S. than Moscow: