A Farm Full of Cockroaches 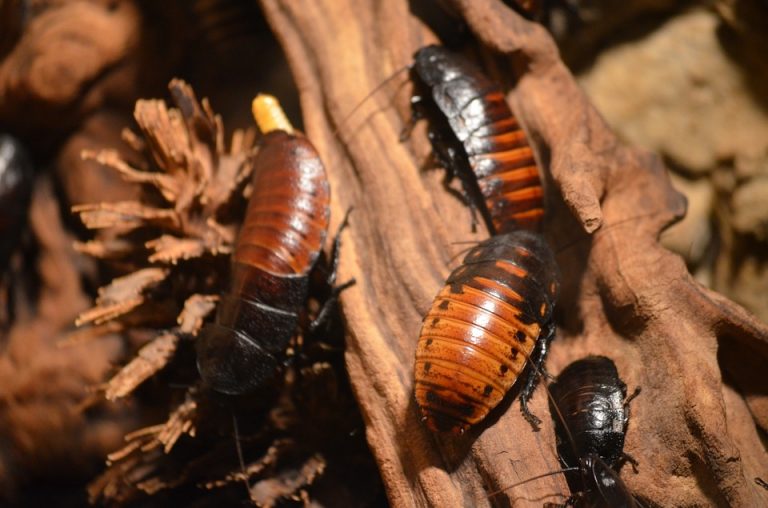 As per traditional Chinese medicine, cockroaches are useful to heal gastrointestinal- and respiratory-related diseases. They are especially great for the stomach, and can even help heal burns and ulcers. (Image: via maxpixel / CC0 1.0)

An attack of the cockroaches could be a possibility in Xichang, a city located in Sichuan, Southwest China. That’s because the city houses a farm of 6 billion cockroaches that are bred for medicinal and pharmaceutical purposes. As per traditional Chinese medicine, cockroaches are useful to heal gastrointestinal- and respiratory-related diseases.

They are  especially great for the stomach, and can even help heal burns and ulcers. According to Sky News , more than 40 million people have been successfully treated using potions that have cockroaches as their key element. This number is of potions manufactured by the farm in Xichang alone.

Once the cockroach reaches an optimum weight and size, it is moved along to the automatic machinery line where it is crushed to make the potion. The information on the potion’s packet mentions that the potion appears to look like tea, in terms of color, and has a slight sweetish taste, as well as a slight fish odor.

The system also enables the study of genetic mutations and development of each cockroach. The system is intelligent enough to change the setup’s internal settings based on its readings of what improves the cockroaches rate of proliferation. The changes are based on individual cockroach’s parameters to improve its growth and reproduction. AI is a fast developing sector, especially in China, and this is a unique and successful application of the system.

The farm breeding cockroaches is totally controlled by AI

The massive farm is entirely controlled and managed using an Artificial Intelligence (AI) system, and the cockroaches are also bred in the facility. Very few humans are allowed inside the premises and there is very little to almost no human interaction. Through the system, it is even possible to collect and track large data of more than 80 categories — for example, impact of humidity, temperature, and supply and consumption of food on the life and growth of the cockroaches.

According to a report in the South China Morning Post, there are about 28,000 adult cockroaches per each square foot of area. The cockroaches in the facility can roam about freely and it is dark and humid all the time. The cockroaches never get to see the sun. The farm in Xichang is not the first of its kind; however, it is the largest in the country. Considering its size and the nature of the farm, it has made quite a few people concerned about the possibility of an “attack” or outbreak of cockroaches.

Nevertheless, the Good Doctor Pharmaceutical Group, running this large farm in Xichang, promotes that there is nothing to worry about, as the farm is completely sealed. On the other hand, it is not certain how the facility will hold up against an earthquake or other natural disasters. Since this particular species has overcome all catastrophes and even outlived dinosaurs, there is nothing stopping the cockroaches from thriving if the facility becomes compromised due to an earthquake, for example.

Its impact on the people living in the vicinity, and even the entire city, is a whole nother story. Having said that, this specific feature of the cockroaches — their ability to live and breed throughout time — makes it a special species. The Deputy Director of China’s Institute of Medicinal Plant Development, Sun Xiaobo , says:

“The cockroach’s vitality may be linked to its genes… The result of genomic analysis of roaches can help researchers come up with new ideas to develop new medicines.”

In essence, cockroaches could be the key to extend human life and combat many lethal diseases.