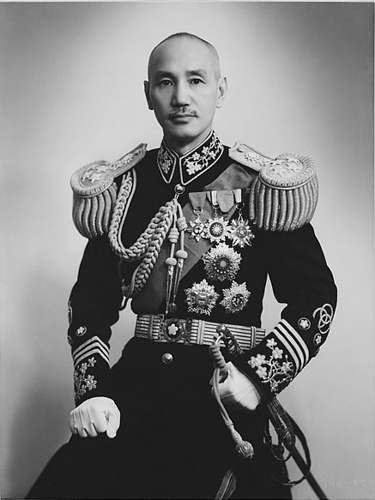 In 1949, the communists took over Mainland China, forcing the leader of the Republic of China, Chiang Kai-Shek (October 31, 1887 — April 5, 1975), also known as Chiang Chung-Cheng, to lead 600,000 military officers and civilians to Taiwan. Chiang spent 26 years of his life turning Taiwan into a stronghold for traditional Chinese culture and civilization.

What Chiang Kai-Shek gave to Taiwan

Recently, people on both sides of the Taiwan Strait have been debating about what it was that Chiang had brought to Taiwan. Nowadays, most people focus on material things like gold and silver, and no one talks much about the preservation of culture. But the elite professionals who arrived from the mainland had also been the ones to revive the traditional culture of Taiwan.

Chiang Kai-shek insisted that students study both nationalism and morality. In his addendum to the People’s Education and Recreation, he said that since the Zhou Dynasty (1122-256 B.C.), Chinese students had been required to master “the six arts” (“liù yì”) — morals, music, archery, calligraphy, and mathematics.

The goal? To achieve health, morality, wisdom, and strength. One also had to live by the traditional “six virtues,” which taught parents to be loving; children to be filial; older siblings to be caring; and the younger to be respectful; a husband, righteous; and a wife, considerate.

Chiang Kai-shek encouraged students of primary and high schools to recite ancient poems and rhymes from the Tang (A.D. 618-907) and Song dynasties (A.D. 960–1279) so that the youth could be nurtured by traditional culture. He also asked schools to integrate “Propriety, Righteousness, Integrity, and Shame” into their teachings on morals, so that traditional culture could take root and blossom in Taiwan.

Chiang also encouraged everyone to enjoy music. He proposed that all schools — from primary to university level — offer music lessons. He also required every major county across Taiwan to have its own well-equipped concert hall or opera house. As a result, music proficiency, along with ethical and aesthetic education, thrived.

Today, most Taiwanese have a certain degree of music literacy, and every city has an opera house. The quality of creativity and traditional culture that Taiwanese residents now enjoy should be ascribed in part to Chiang Kai-shek.