The 11 Virtues of Jade 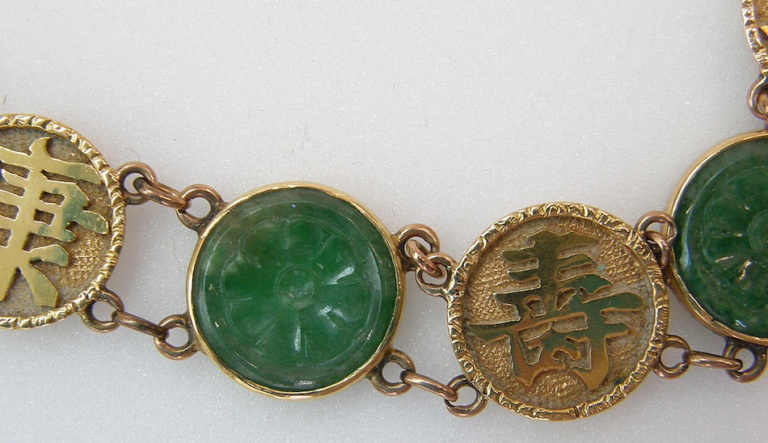 For centuries, the Chinese have regarded jade as a spiritual stone able to dispel misfortunes. (Image: via Wikimedia Commons)

“Jade worship” is a common phenomenon among Chinese around the world. It was established in China thousands of years ago. The culture of jade worship began in ancient times when jade was seen as being symbolic of rulers and having a connection to God. Jade was considered to be at a level as high as a ruler. From ancient eras to modern times, it is believed jade has an inherent characteristic that allows it to dispel misfortune.

Jade was mined in China as early as 6,000 B.C. It was regarded as being spiritual and composed of the essences of Heaven and Earth that could protect people from evil and disasters. Jade was also a favorite medium to craft into ancient Chinese scholars’ objects due to its symbolization of noble character. Even Confucius said: “Jade has 11 virtues.” Therefore, everyone — the true nobleman and even the imposter — worships jade and wears it.