The Uncertain Fate of ZTE 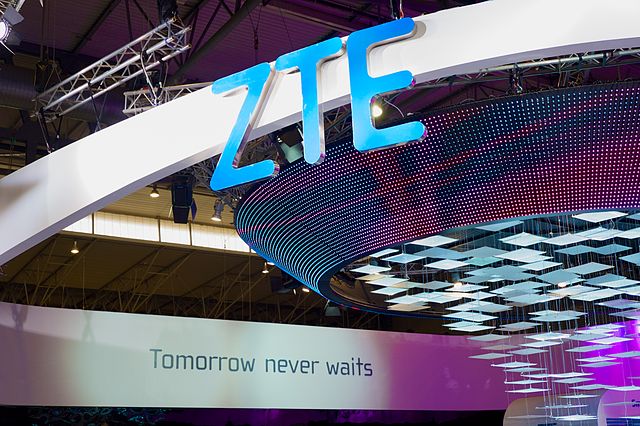 National carriers will be required to remove all existing ZTE and Huawei equipment by 2025. (Image: Kārlis Dambrāns via Flickr)

On April 16, 2018, the U.S. Department of Commerce’s Bureau of Industry and Security issued a ban on the Chinese company Zhongxing Telecommunications Equipment Corporation (ZTE), and collectively other companies of ZTE, stating that no American companies are allowed to sell or deal with the Chinese company for a period of seven years. According to the U.S. Secretary of Commerce:

According to the report, ZTE had already agreed to monetary penalties of US$1.19 billion in 2017 when it was found guilty of legally trading telecommunications goods to North Korea and Iran. Along with the monetary penalty, the company was also supposed to conduct employee disciplinary actions for those who were involved in these illegal activities. Additionally, the company agreed to a seven-year period of suspended denial of export privileges if the U.S. government discovers that the company has not followed through with the actions agreed appropriately or in the case of any other violations.

This standoff with ZTE is a big deal, as it is one of the top telecommunications companies in the U.S. and a ban on transactions with this company would also affect American companies who heavily rely on the sale of components to ZTE. These American companies include Qualcomm and Micron Technology, which sell large amounts of chips to the company.

ZTE has slammed the U.S. for its actions

ZTE, for its part, has slammed the U.S. for its action stating that such a ban threatens the survival of the company. The company responded to the matter stating: “It is unacceptable that BIS insists on unfairly imposing the most severe penalty on ZTE even before the completion of an investigation of facts.” According to the company’s chairman Yin Yimin, this ban will risk the jobs of 80,000 employees. He continued: “I strongly object to the U.S. decisions, strongly object to [the] unfair, unreasonable penalty, and even more object to politicking trade issues.” Furthermore, loss of U.S .chips could cause ZTE to lose 13.5 percent of its business and disrupt its plan to develop and sustain a large network of 5G telecommunications.

On the other hand, about 40 Chinese mutual funds have devalued the ZTE stock by 20-30 percent. This is a huge setback for the company, which also had to put a stop on its tradings in China and Hong Kong on April 17, 2018. It even suspended its sales earlier this month. As per the report:

“Huatai-PineBridge and GTJA Allianz cut their valuation of ZTE’s mainland shares to 25.05 yuan, 20 percent lower than its last trading price. JT Asset Management — the most pessimistic — slashed the valuation to around 30 percent below ZTE’s last close of 31.31 yuan (US$4.98).”

The consequences could be detrimental to the entire Chinese technology and telecommunications sector, as many trading investors are looking to pull out with the uncertain discourse over how ZTE will cope and which Chinese company could be on the American radar next. This ban has also accelerated tensions between the U.S. and China over the impending trade war. Sympathy for the company from the Chinese is doing rounds on social media demonstrating a patriotic response to the matter. Some even blame the issue on China’s dependency on American chips, calling for a strong and independent domestic semiconductor industry in China.