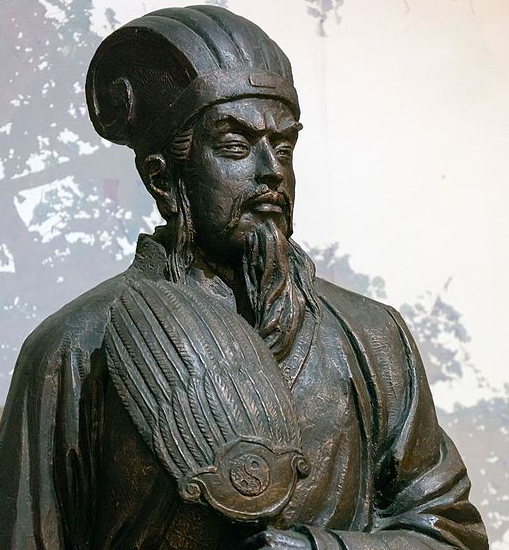 Zhuge Liang was an extraordinary strategist saw beyond a woman's homely appearance and married her for her virtues. (Image: By Morio [CC BY-SA 4.0], from Wikimedia Commons)

In China, Zhuge Liang’s wisdom and talent as a military strategist are well known. He had a strong build and stood eight feet tall. Needless to say, he easily captured peoples’ attention. Nonetheless, when he married Huang Yueying, everyone began to question his taste because she was very homely.

She was the daughter of Liang’s mentor, Huang Chengyan. However, even though she was not very pretty, Liang saw her as a very talented wizard and not an ordinary woman.

One day, Liang visited his mentor’s home. As he stepped into the house, two fierce dogs lunged at him and frightened him out of his wits. A maid quickly ran out and patted the dogs’ heads, which made the dogs sit still. Upon closer inspection, Liang realized that the dogs were made of wood. It turned out the dogs were created by Yueying. He marveled at the ingenuity and creativity it must have taken to invent these mechanical dogs.

Huang Chengyan saw this, laughed, and said: “These dogs were created by my daughter in her spare time.” Then, Liang noticed an exquisite drawing hung on the wall with the caption: “The roadmap of the Cao family’s courtyard.” Chengyan added: “This is nothing, just my daughter’s graffiti.”

By now, Liang realized that Chengyan’s daughter was very talented and extraordinary. Even though he saw that Yueying was not very pretty, he was interested in marrying her because of her virtues. He understood that a woman’s looks were a low priority.

After Yueying became Liang’s wife, she took care of the household chores single-handedly, including the milling and farming. She was polite, cordial, and kind toward others. As a result, Liang had no worries and was able to devote his time to State affairs. Over time, everyone’s perception of this “ugly woman” gradually changed. They now admired Zhuge Liang’s unique foresight in finding such a kind, virtuous, and intelligent wife.

It was even said that when Liang’s friends came to visit, it took Yueying just a little while to get the food ready. The guests were puzzled at her speed and went to the kitchen to look. They were dumbfounded to see a wooden donkey milling the noodles. In addition, Yueying found a way to bring food to armies in the battlefield by inventing the wooden ox, which was an early form of the modern-day wheelbarrow. She also invented a kind of semi-automatic crossbow. Yueying was very knowledgeable of mechanization.

We need to be careful not to judge a book by its cover. This “ugly woman” turned out to be of extraordinary intelligence and a virtuous wife, who was very compatible with Zhuge Liang.