Is the US Slowly Rolling Over to China in Its Own Trade War? 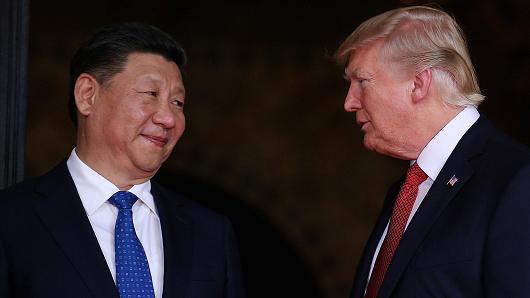 The trade conflict escalated after U.S. President Donald Trump remarked how China was pressuring foreign companies to hand over their technology in order to do business in China. (Image: Screenshot via YouTube)

The ongoing trade war seems to indicate rough times ahead for the world. The U.S. and China have been on conflicting paths for the past couple of decades. Though America was the dominant global power for much of the latter half of the 20th century, China seemed on its way to challenge that title since the dawn of the new century. As such, it was inevitable that these two competing powers would clash.

The beginnings of the trade war dispute

The trade war conflict escalated after U.S. President Donald Trump remarked how China was pressuring foreign companies to hand over their technology in order to do business in China. This, he said, was a violation of free trade commitments. Plans for “Made In China 2025,” which aim to make China the manufacturing hub of all tech-related products, has put the U.S. on high alert to pick up their game or leave manufacturing for good.

The technology issue stems from the fact that several tech companies were complaining about how Beijing’s policies kept them away from accessing the Chinese market. In fact, China was reportedly forcing companies to transfer their technology.

This move was seen as a threat to America, which is the world leader in technology. After all, if U.S. tech companies have to transfer technology to China, it will affect competitiveness adversely. And the U.S. government has inevitably been against any such policies. “Real structural change is necessary. Nothing less than the future of tens of millions of American jobs is at stake,” said U.S. Trade Representative Lighthizer.

These actions led to the speculation of an impending global trade conflict. But to allay such fears, representatives of the two countries had a meeting recently in which it was decided to pause the ongoing trade war between the two nations. “We are putting the trade war on hold. Right now, we have agreed to put the tariffs on hold while we try to execute the framework,” said U.S. Treasury Secretary Steven Mnuchin.

The trade deficit of the United States with China was a staggering US$335 billion per year. And this was also causing severe headaches to the American establishment since it did not want the country to become too deep in debt with the Chinese.

The U.S. administration wants to offset the trade deficit by reducing it to US$200 billion per year. An idea that has been put forward is to increase the export of agricultural and energy products to China. However, no concrete plans or agreements have been set up.

With China poised to become the world’s No. 1 economy in a few short decades, the U.S. administration seems to have grown cautious in their approach to the Chinese.