What Do People Think of Martial Arts in the US? 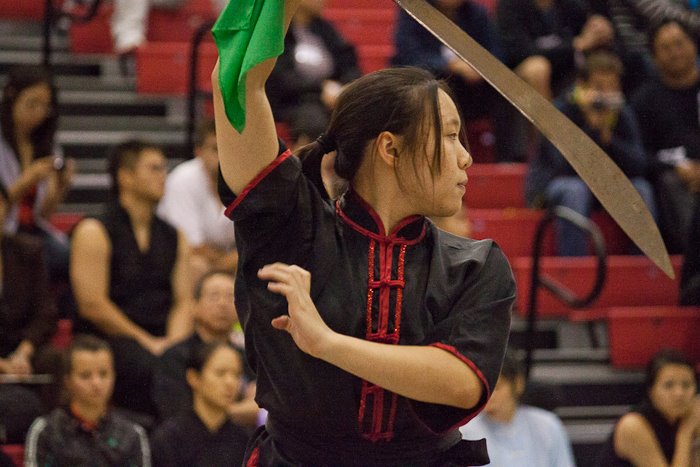 Interest in Kung Fu surged and America soon began importing martial arts knowledge from all across the world. (Image: via NTDTV)

The U.S. was relatively ignorant of eastern martial arts traditions until after World War II when a few American soldiers who were stationed in Japan came back trained in Judo. But what really sparked U.S. interest in martial arts was Bruce Lee.

The Chinese martial arts master was skilled in the traditional Kung Fu style and electrified movie audiences across America with fast, mesmerizing moves that seemed like he could kill anyone with the briefest of efforts. Interest in Kung Fu surged and America soon began importing martial arts knowledge from all across the world, right from Brazil’s Capoeira to Thailand’s Muay Thai. As of 2016, about 3.58 million Americans aged 6 years and older participated in some form of martial arts.

Popular martial arts in the US

Though there has been no dedicated study on this topic, Kung Fu, Taekwondo, Karate, Jiu-jitsu, and Muay Thai are believed to be the four popular traditional martial arts forms in the U.S. Of these, Karate and Taekwondo are mostly practiced for recreation and sports. As such, you are very likely to see them included in competitions.

Jiu-Jitsu and Muay Thai are very popular among practitioners of Mixed Martial Arts (MMA). In fact, many MMA practitioners usually have a strong foundation in Muay Thai and Kickboxing. Finally, Kung Fu is mostly practiced by people who wish to stick to the traditional way of martial arts. It also enjoys a rather special place among the public consciousness, thanks in large to the impact created by Bruce Lee and Hong Kong martial art movies.

Many people tend to find the Kung Fu training offered in America to be rather watered down. And in the search for finding a true master who can teach them the ‘real’ martial art, they travel to the birthplace of Kung Fu — China.

In China, the most popular site of learning Kung Fu is the famed Shaolin Temple. The Tagou Wushu School at the temple has an estimated 35,000 students under training. The masters at the temple are renowned for being the ultimate teachers in Kung Fu. However, gaining the tutelage of these masters can be pretty hard work since they have very strict criteria on whom they will teach.

Another popular place that attracts a lot of Kung Fu students is Chen Village. Famous for being the place where the important styles of Tai Chi emerged, the Chen Village sees a regular pilgrimage of qualified Tai Chi practitioners from all over the country.

Finally, the Wudang Mountains are known to be the origin place of Taijiquan, a martial art form that mashes together Taoism with Kung Fu. The Wudang Daoist Traditional Internal Kung Fu Academy at Shiyan City is popular with people seeking authentic training in Chinese martial arts.

Another popular competition is the NTD International Martial Arts Competition. The championship typically features three categories — one that focuses on long and external first styles, the second focusing on southern fist styles, and the third exclusively focusing on weapons fighting styles. The last edition was conducted in 2016, with the finals being conducted at Middleton, New York. Check out NDTV competitions, which are typically held in Taiwan and the U.S., and are mostly based on traditional and rare styles of Kung Fu.