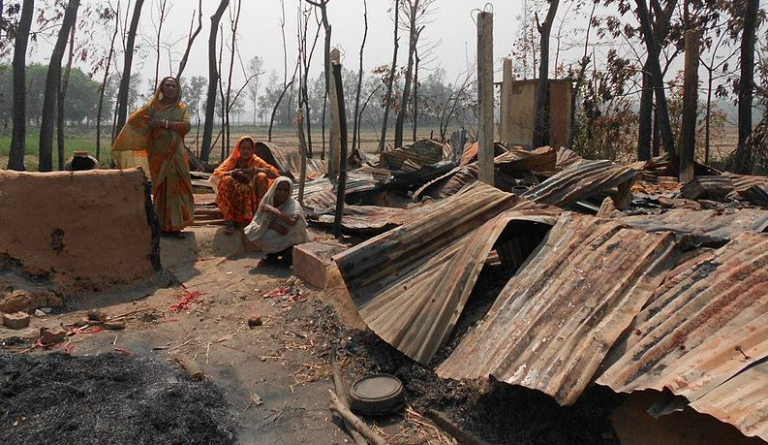 Poorer nations bear the brunt of changing local climates and the consequences that come with them. (Image: via University of Melbourne)

Australia will still be the lucky country when it comes to changes in local climate as a result of climate change if global average surface temperatures reach the 1.5°C or 2°C limit set by the Paris agreement. But in other countries right across the tropics, including close neighbor and major trading partner Indonesia, the heat of climate change hits hardest.

That is the finding of a new paper published in Geophysical Research Letters by a researcher from the ARC Centre of Excellence for Climate Extremes, which compares the difference between climate change impacts for wealthy and poor nations. University of Melbourne climate research and study lead author Andrew King said the results are a stark example of the inequalities that come with global warming:

“The richest countries that produced the most emissions are the least affected by heat when average temperatures climb to just 2°C, while poorer nations bear the brunt of changing local climates and the consequences that come with them.”

The research shows that the least affected countries include the most temperate nations, such as the United Kingdom. By contrast, the worst affected are in the Equatorial regions, with the Democratic Republic of Congo among those feeling the heat most of all. This pattern holds true even if global average surface temperatures only reach 1.5°C above pre-industrial levels.

To get their results, the researchers used a simple metric — the signal to noise ratio. The signal in this case is the local change in average temperatures caused by climate change. The noise is how variable the temperature is for that region. In places outside the tropics, where there is greater year-to-year variability and those locations are better adapted to a wide range of temperatures, the warming will be less noticeable.

But in Equatorial regions, where there is already a very high average temperature and less variation through the year, a small rise in temperatures due to climate change will be distinctly felt and have immediate impacts.

The researchers said this difference in experienced temperature, combined with the distribution of wealth across the world, with richer nations tending to be in temperate regions and the poorer nations in the tropics, adds to the future climate change burden of developing nations. University of Oxford co-author Luke Harrington said:

“Economically powerful nations, who are most responsible for the emissions that led to global warming, are going to have to pick up the slack if they want to maintain economic growth in developing countries.

“It’s why we need to invest in limiting the worst impacts of climate change for developing nations today.

“By assisting developing nations to meet these challenges we help maintain their economic stability and security into the future and by extension, our own as well.”

Provided by: University of Melbourne [Note: Materials may be edited for content and length.]