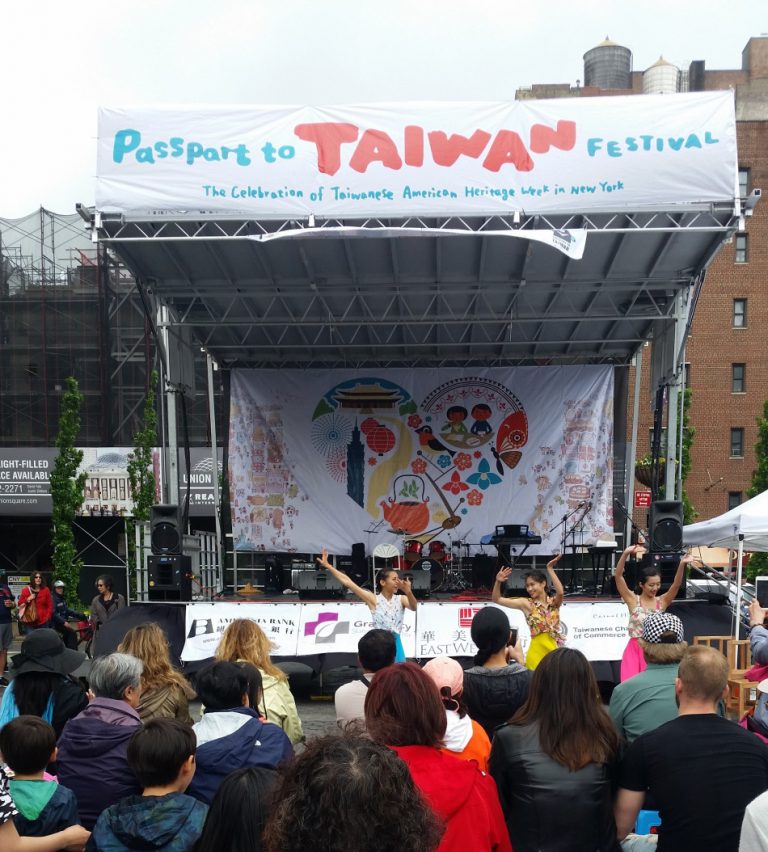 From its inception in 2002 until today, the annual Passport to Taiwan Festival has grown to become the largest outdoor Taiwanese American event in the U.S. This year, the New York City event was considered to be the largest Asian American festival held anywhere in the country.

In 1999, Congress designated the second week in May as Taiwan American Heritage week to recognize the contributions of Taiwanese Americans. It is estimated that up to 1 million Taiwanese Americans reside in the U.S. The future is promising as a stronger sense of identity and pride emerges.

Passport to Taiwan Festival has entetainment and food

Booths at the Passport to Taiwan Festival this year aim to meet the needs of visitors by offering a variety of entertainment and services. There is a food section offering traditional Taiwanese dishes, such as minced pork rice and oyster vermicelli.

Another section has activities for children with bamboo toys, lion masks to color, as well as booths for learning calligraphy and making dough figurines. There is also a section focusing on Taiwan tourism where people can get information on flights to Taiwan or book a vacation.

Performances by Taiwanese Americans, as well as artists from Taiwan, included lion dances and acrobatic acts, such as the Formosa Circus Arts. Named after the island of Taiwan, the Formosa Circus Arts troup presents the story of Taiwan by bringing together traditional acrobatics, dance, drama, street culture, and theater arts in a contemporary circus experience.

The annual Passport to Taiwan Festival is supported by the New York City Department of Cultural Affairs in partnership with the City Council, the New York State Council, and the Lower Manhattan Cultural Council.

Please watch this video about the Passport to Taiwan Festival: