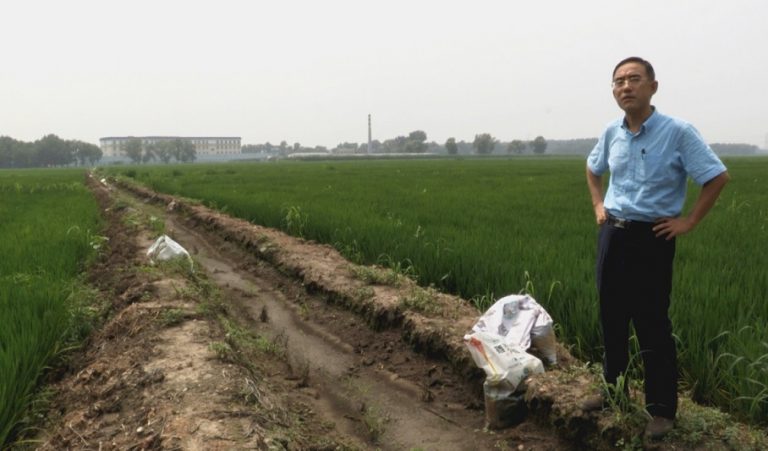 Sun Yi took a lot of risks in helping make Letter from Masanjia, an hour-long documentary about his experiences in China’s most notorious labor camp.

Not that Sun was there to watch the film’s premiere screening in Canada recently. He died last year in the Indonesian city of Jakarta where he had sought refuge after being brutally persecuted for his beliefs in China.

But it is Sun’s experience in Masanjia and an SOS letter he managed to get into the hands of an American woman that are at the heart of the documentary.

Sun was but one of many Falun Gong practitioners held in the labor camp situated in China’s northeast.

There, he was brutally tortured, experiences that were recreated in the film using animation.

The film’s Peabody Award-winning director, Leon Lee, said despite such awful things being done to him, Sun was not a bitter person.

“When he was recounting the experience of the torture, for example, it was like telling somebody else’s story,” Lee told China-focused media SupChina.

“It was so peaceful, and there was no resentment toward the torturer or anybody, which I think is true compassion.”

Much of the film’s video photography was taken by Sun and others inside China, which was then smuggled out.

During their filming, they interviewed two of the camp’s guards who tortured adherents of Falun Gong, a Buddha-school meditation practice that includes the principles of Truthfulness, Compassion, and Tolerance at its core.

Lee told Sun, he thought it would be too dangerous to conduct such interviews in China.

“But Sun Yi felt that they were truly regretful for what they did, and this will be redemption for them,” Lee said. “And after the interview, Sun Yi told me they were truly relieved. And they felt good, for the first time in their lives, they had done something right.”

Lee said that they did not disclose the identities of the two guards in the film.

China’s most notorious labor camp exposed by a note

It was Sun’s handwritten SOS note placed inside a Halloween decoration kit, and later discovered by Julie Keith, a mother in Oregon, that created headlines in 2012.

The note was one of 20 that Sun secretly wrote and placed in the packaging several years earlier when he was imprisoned in Masanjia for his peaceful beliefs.

The one Keith received is the only one publicly known to be found.

The letter’s media coverage and several other reports exposing the abuses being committed inside Masanjia were credited with pressuring the Chinese government to supposedly close down its system of re-education through labor camps.

Letter from Masanjia can be next seen in Toronto at Hot Docs Ted Rogers Cinema — July 22-26.