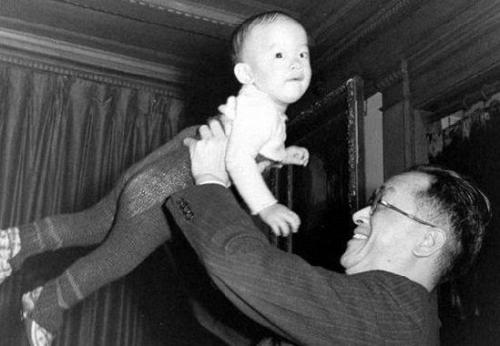 Hu Shih had the wisdom to choose freedom and abandon communist ideology. His son, however, was not so lucky. (Image: Via Secret China)

Hu Shih, a famous diplomat and educator, had the wisdom to choose freedom and abandon communist ideology. Hu Shih’s son, Hu Sidu, however, was not so lucky.

In 1948, the 27-years-old Hu Sidu returned to Beijing from the U.S. In December of that year, due to the failure of the civil war in the north, then-President Chiang Kai-shek brought the top experts and scholars from Beijing south. Hu Shih, then president of Beijing University, was among the first to be evacuated. This occurred on December 15, just two days before the 50th anniversary of Beijing University and Hu Shih’s 58th birthday.

Hu Sidu, who was Hu Shih’s youngest son and the favorite of Mrs. Hu, did not go with his parents, but stayed in Beijing. Hu Shih’s son explained his decision to remain: “I have not done anything harmful to the Communist Party. They would not do anything to me.” In fact, Hu Sidu was not happy with his father.

In 1947, Hu Sidu was expelled from college in the U.S. and wrote to his father’s friend, Chen Zhimai, the counselor general at the Chinese Embassy in the U.S. The letter was an application for travel expenses. Chen Zhimai passed the letter onto Hu Shih, who was enraged when he read it since Hu Sidu had already received travel expenses when he went abroad to study. He immediately wrote a letter to the Education Department, informing them to stop issuing further travel expenses to his son and immediately recover whatever pay-out that had already been issued. On hearing this, Hu Sidu felt embarrassed and resented his father’s actions.

After Hu Shih’s son returned to China, he received offers from several universities. Among them, the offer from the History Department of Shandong University seemed most attractive because he studied history while in the U.S. However, Hu Shih strongly objected to the idea because he knew that his son did not obtain a formal degree. Moreover, he felt that the reason the schools accepted his son was not because of his academic accomplishments, but because he was his son. This was something that Hu Shih could not accept since he was of the opinion that no one must use their family name to seek favor.

Hu Shih knew what little his son had learned while in the U.S. and declined all offers while arraigning for him to work in the Beijing library, hoping that he would read more books to enrich his knowledge.

If not for the father’s objection, Hu Shih’s son would have been a university lecturer, but was instead sent to the library to do miscellaneous work. This made Hu Sidu resentful and was the real reason why he chose to stay in Beijing and not to follow his parents south.

Translated by: Chua BC and edited by Melody Zhen