Girl Fights to Change US Constitution for Presidency 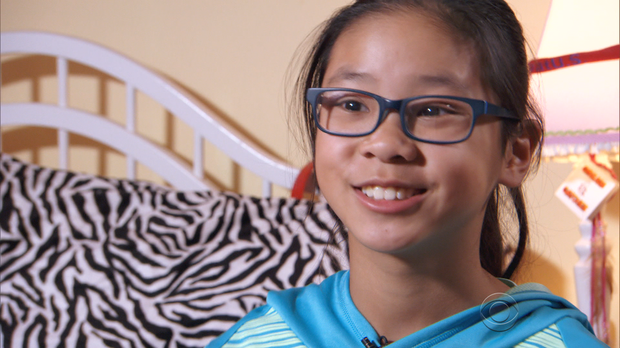 Alena Mulhern's dream is to become president of the U.S. (Image: Screenshot via YouTube)

Educational methods and ideas can profoundly affect a person’s entire life. Under two different social systems, the children of China and those of the United States have very different world views and attitudes toward society.

This is a story about a Chinese girl who was adopted by a couple in Kingston, Massachusetts, at the age of 10 months. Meet Alena Mulhern — now a sixth grader who’s dream is to become president of the U.S. Alena talked about her aspirations when she was 8 years old, to which her mother replied: “Unfortunately, that’s one thing you can’t be. Under the U.S. Constitution, only those born in the U.S. are eligible to become president.”

However, Alena’s family isn’t taking her dream lightly. Her uncle Josh Cutler — a Massachusetts state representative — is particularly supportive. He’s advised Alena to file a resolution asking for Congress to enact legislation that would broaden the definition of natural-born citizens, to include kids adopted from other countries who have met certain requirements.

Then, at age of 10, Alena appeared in front of the Massachusetts State Legislature to plead her case. With great passion, she urged local legislators to submit a resolution to Congress to amend the U.S. Constitution.

“Ladies and gentlemen, we, as citizens, deserve a chance to run for president. A 200-year-old law blocks many brilliant people from running for president, and it deprives them of a channel to serve the country. Is this a fair law?” said Alena.

“I would be a great leader who unites all people as a team. I would lead our country to a better place, wherein people can live, work, and raise their family. Most importantly — I love my country and I want to serve my country,” replied Alena, when asked why she wanted to be president.

She was then warmly greeted by two speakers of the assembly.

The process has highlighted not only a little star chasing her dreams, but the attitude of the American people toward a courageous soul —  respect, guardianship, and a wish to make dreams come true.

“As parents, we teach our children to pursue their dreams. They’re told they can become whatever they want — a policeman, a plumber, a pilot… the president of America,” said Josh Cutler. “We should not deprive anyone of their dreams. I am very proud of Alena for pleading her belief in public service.”