How Did Kim Jong-un Travel to Singapore? 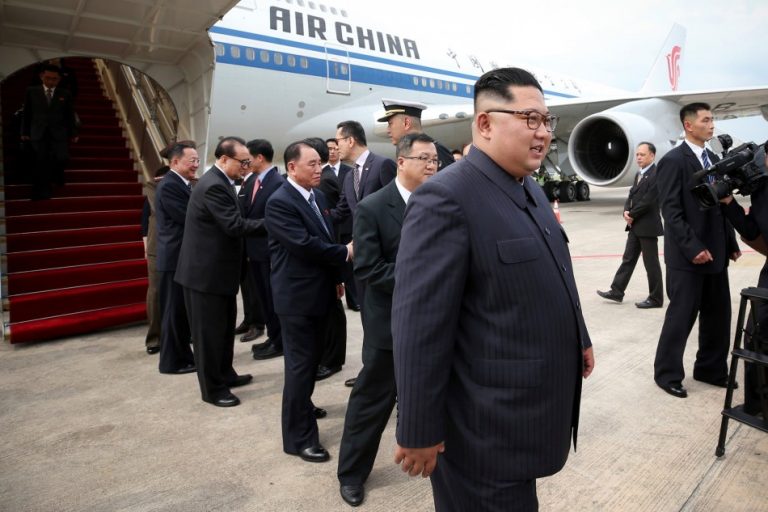 How did Kim Jong-un travel to Singapore on Sunday June 10 for his landmark summit with President Trump? (Image: Terence Tan via Singapore's Ministry of Communications and Information)

How did Kim Jong-un travel to Singapore on Sunday June 10 for his landmark summit with President Trump? This is a subject of great interest to me. Dictators are very fearful of plane crashes and hijackings. In fact, Kim arrived not in his own aircraft, but on a more reliable Air China Boeing 747 — a specially outfitted version of the venerable American-made aircraft that, until three years ago, had been used to carry the Chinese Communist Party’s politburo standing committee members.

Kim Jong-un’s father and grandfather never flew by plane, and neither did the Chinese former Chairman Mao Zedong — although this may be related to their so-called “outdated style.”

At the end of World War II in 1945, former President and Commander in Chief of the Chinese army Chiang Kai-shek invited Mao Zedong to meet for negotiations in Chongqing. One of the reasons Mao refused in the beginning was that there were no flights from Yanan, where Mao was staying. Chiang Kai-shek, therefore, had to send a plane to pick him up. But Mao was still not sure about it; he was worried about having a plane crash due to tampering. In the end, the U.S. ambassador to China, Patrick J. Hurley, had to accompany Mao on the plane to Chongqing, as Mao believed that Chiang Kai-shek would never be bold enough to blow up Hurley.

Later, Mao Zedong traveled by train for his two visits to the Soviet Union, because he did not trust the “big brother” government, nor did North Korea’s dictator Kim Il-sung.

In 1991, the Soviet Union started their last monetary reform. A year later in 1992, I toured Russia with my classmates from middle school, and we ended up taking a Soviet passenger plane from Kiev to St. Petersburg. After that experience, I understood why everyone was afraid of Soviet flights. They were neither punctual nor steady in flight.

Kim Jong-un also practiced cautiousness in his recent trip. A mini-armada of three planes flew the North Korean entourage to Singapore. The other two were Russian-built aircraft operated by North Korea’s Air Koryo — one carrying Kim’s sister, Kim Yo-jong, and the other, a cargo plane transporting Kim’s armored stretch limousine.

Kim and his sister — who was also educated in Switzerland and is second in power — flew separately in an attempt to avoid any possible unfortunate event from wiping out both of them, thus causing a power vacuum.