22,000-Year-Old Panda From Cave in China Belongs to Long-Lost Lineage 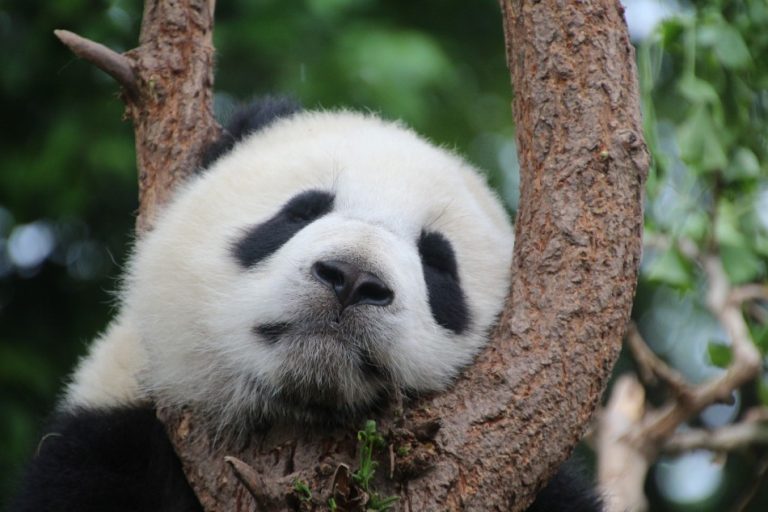 Very little has been known about pandas' past, especially in regions outside of their current range in Shaanxi Province or Gansu and Sichuan provinces. (Image: Cimberley via Pixabay)

Researchers who’ve analyzed ancient mitochondrial (mt) DNA isolated from a 22,000-year-old panda found in Cizhutuo Cave in the Guangxi Province of China — a place where no pandas live today — have revealed a new lineage of giant panda. The report, published in Current Biology, shows that the ancient panda separated from present-day pandas 144,000 to 227,000 years ago, suggesting that it belonged to a distinct group not found today.

“Using a single complete mtDNA sequence, we find a distinct mitochondrial lineage, suggesting that the Cizhutuo panda, while genetically more closely related to present-day pandas than other bears, has a deep, separate history from the common ancestor of present-day pandas.

“This really highlights that we need to sequence more DNA from ancient pandas to really capture how their genetic diversity has changed through time and how that relates to their current, much more restricted and fragmented habitat.”

Very little has been known about pandas’ past, especially in regions outside of their current range in Shaanxi Province or Gansu and Sichuan provinces. Evidence suggests that pandas in the past were much more widespread, but it’s been unclear how those pandas were related to pandas of today.

In the new study, the researchers used sophisticated methods to fish mitochondrial DNA from the ancient cave specimen. That’s a particular challenge because the specimen comes from a subtropical environment, which makes preservation and recovery of DNA difficult.

Their analysis shows that the split between the Cizhutuo panda and the ancestor of present-day pandas goes back about 183,000 years. The Cizhutuo panda also possesses 18 mutations that would alter the structure of proteins across six mitochondrial genes. The researchers say those amino acid changes may be related to the ancient panda’s distinct habitat in Guangxi or perhaps climate differences during the Last Glacial Maximum.

The findings suggest that the ancient panda’s maternal lineage had a long and unique history that differed from the maternal lineages leading to present-day panda populations. The researchers say that their success in capturing the mitochondrial genome also suggests that they might successfully isolate and analyze DNA from the ancient specimen’s much more expansive nuclear genome, Fu said:

“Comparing the Cizhutuo panda’s nuclear DNA to present-day genome-wide data would allow a more thorough analysis of the evolutionary history of the Cizhutuo specimen, as well as its shared history with present-day pandas.”

Provided by: Cell Press [Note: Materials may be edited for content and length.]