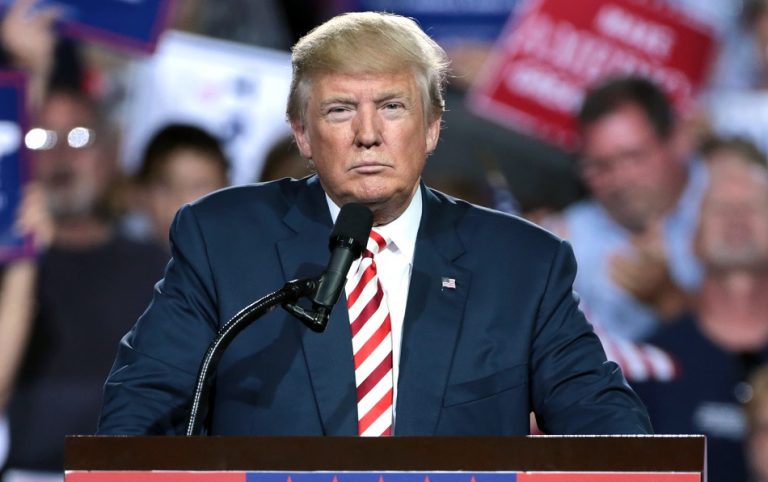 President Donald Trump has ordered tariffs on some imports into America because of intellectual property theft. (Image: Wikimedia Commons)

June has been a big month for U.S.-China relations. Firstly, President Donald Trump announced tariffs on $50 billion worth of Chinese imports. This was done, the POTUS said, to encourage China to change its unfair practices in respect to technology and innovation.

“They also serve as an initial step toward bringing balance to our trade relationship with China,” said President Trump.

Beijing’s reacted in kind and whacked on $50 billion worth of tariffs on U.S. imports into China, which did not result in the White House stepping back.

“China apparently has no intention of changing its unfair practices related to the acquisition of American intellectual property and technology,” said Trump. “Rather than altering those practices, it is now threatening United States companies, workers, and farmers who have done nothing wrong.”

He said Beijing’s response “indicates its determination to keep the United States at a permanent and unfair disadvantage, which is reflected in our massive $376 billion trade imbalance in goods.”

Trump went on to say this is unacceptable.

“Further action must be taken to encourage China to change its unfair practices, open its market to United States goods, and accept a more balanced trade relationship with the United States,” he said.

Trump then upped the ante and ordered U.S. trade officials to “identify $200 billion worth of Chinese goods for additional tariffs at a rate of 10 percent.”

How this pans out, the POTUS said, would depend on how Beijing again reacts. He offered some further words of warning.

“If China increases its tariffs yet again, we will meet that action by pursuing additional tariffs on another $200 billion of goods,” he said. “The trade relationship between the United States and China must be much more equitable.”

President Trump’s moves echoed his tough talk on China made on the 2016 presidential campaign trail.

Watch this episode of China Uncensored for more on the trade war between the U.S. and China:

The other significant moment during June was the release of a report by the White House Office of Trade & Manufacturing Policy  that stated that Beijing’s aggressive economic policies threaten the economic and national security of the U.S. and beyond.

“Given the size of China’s economy and the extent of its market distorting policies, China’s economic aggression now threatens not only the U.S. economy, but also the global economy as a whole,” said the report.

The report further looked at how Beijing sought to capture, through its Made in China 2025 plan, the emerging high-technology industries that will drive future economic growth.

“China is targeting industries ranging from artificial intelligence, aerospace, and augmented and virtual reality to high-speed rail and shipping and new energy vehicles,” said a White House statement for the report.

“Many of these Made in China 2025 industries have important defense applications,” it said.

Watch the documentary film Death By China made by Peter Navarro who is now the assistant to the president for trade and manufacturing policy, and director of the White House National Trade Council.