Why Are There So Many Unconfirmed Near Earth Objects? 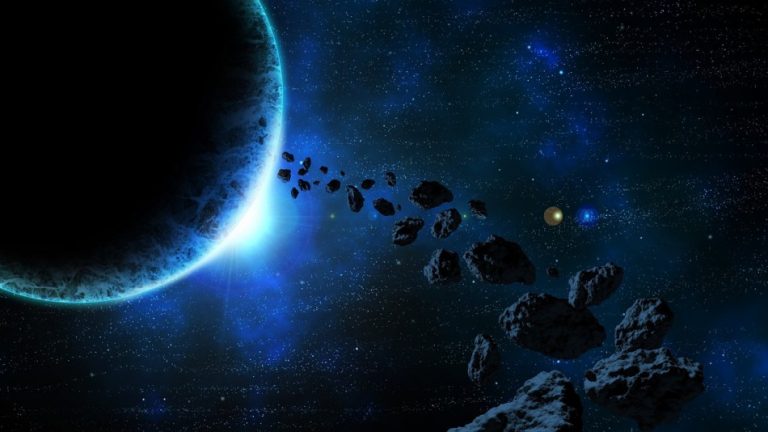 The importance of NEOs for science and safety has emphasized the need for accurate statistics of the population — but there is a problem. (Image: UKT2 via Pixabay)

Near Earth Objects (NEOs) are small solar system bodies whose orbits sometimes bring them close to the Earth, potentially threatening a collision. NEOs are tracers of the composition, dynamics, and environmental conditions throughout the solar system, and of the history of our planetary system.

Most meteorites come from Near Earth Objects, which are thus one of our key sources of knowledge about the solar system’s development. Because some of them are easier to reach with spacecraft than the Moon or planets, NEOs are potential targets for NASA missions. The total number of known NEOs exceeds 18,000.

The discovery rate has risen rapidly recently, driven by in part the 1998 mandate of Congress to identify 90 percent of NEOs larger than 1 km (in 2005 Congress, recognizing the danger posed even by smaller NEOs, extended the mandate to sizes as small as 140 meters). The importance of NEOs for science and safety has emphasized the need for accurate statistics of the population — but there is a problem.

The discovery process for NEOs requires distinguishing between known and unknown targets, and then following up previously unknown targets to measure their orbits. The catalog of orbital elements of known NEOs, their size-frequency distribution, as well as the region of sky visited by telescopes, all serve as inputs for deriving debiased population models.

But many NEOs are spotted and reported, but follow-up observations are not done. CfA astronomers Peter Vereš, Matthew Payne, Matthew Holman, Gareth Williams, Sonia Keys, and Ian Boardman (all are affiliated with the Minor Planet Center at the CfA) and a colleague have analyzed the NEO reports from 2013 to 2016; in this, over 170,000 objects (including comets) were reported as likely candidates.

By tracking down the list of candidates submitted to the Minor Planet Center and using statistical tools, the scientists estimate that about 18 percent of all NEO candidates remain unconfirmed. They point to several reasons including delays in reporting the detection; the object is moving, and the scientists found that delaying the initial report from 2 to 10 hours results in doubling the number of unconfirmed detections (the delay makes it more difficult for follow-ups to locate the moving source).

Another issue is that unconfirmed NEOs tend to be much fainter and harder to follow up. The scientists conclude that the number of unconfirmed NEO candidates could be large, in the thousands, and emphasize the need for surveys to rapidly submit detection reports.

Provided by: Harvard-Smithsonian Center for Astrophysics  [Note: Materials may be edited for content and length.]