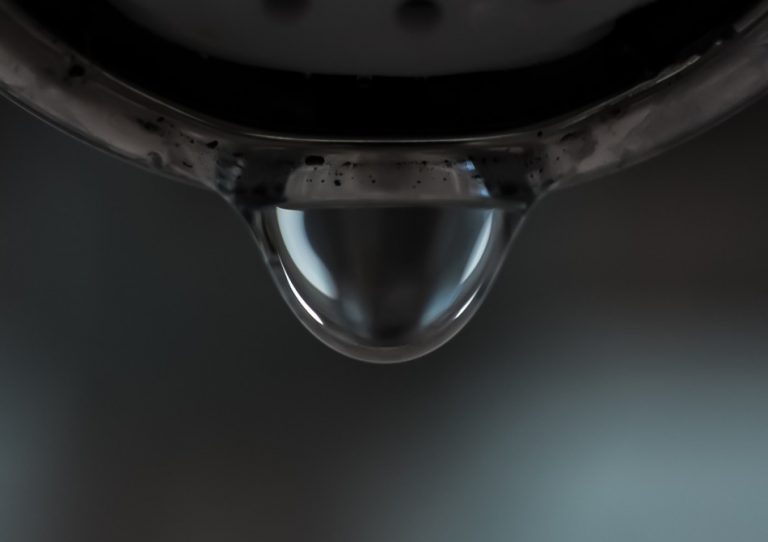 Not drinking enough water can cause physiological changes to the body. (Image: via pixabay / CC0 1.0)

Scientists have solved the riddle behind one of the most recognizable, and annoying, household sounds: the dripping tap. And crucially, they have also identified a simple solution to stop it, which most of us already have in our kitchens.

Using ultra-high-speed cameras and modern audio capture techniques, the researchers, from the University of Cambridge, found that the “plink, plink” sound produced by a water droplet hitting a liquid surface is caused not by the droplet itself, but by the oscillation of a small bubble of air trapped beneath the water’s surface.

The bubble forces the water surface itself to vibrate, acting like a piston to drive the airborne sound. In addition, the researchers found that changing the surface tension, for example by adding washing-up liquid, can stop the sound. The results are published in the journal Scientific Reports.

Despite the fact that humans have been kept awake by the sound of dripping water from a leaky tap or roof for generations, the exact source of the sound has not been known until now. Dr. Anurag Agarwal of Cambridge’s Department of Engineering, who led the research said:

“But thanks to modern video and audio technology, we can finally find out exactly where the sound is coming from, which may help us to stop it.”

Agarwal, who leads the Acoustics Lab and is a Fellow of Emmanuel College, first decided to investigate this problem while visiting a friend who had a small leak in the roof of his house. Agarwal’s research investigates acoustics and aerodynamics of aerospace, domestic appliances, and biomedical applications, Agarwal added:

“While I was being kept awake by the sound of water falling into a bucket placed underneath the leak, I started thinking about this problem.

“The next day, I discussed it with my friend and another visiting academic, and we were all surprised that no one had actually answered the question of what causes the sound.”

Working with Dr. Peter Jordan from the University of Poitiers, who spent a term in Cambridge through a Fellowship from Emmanuel College, and final-year undergraduate Sam Phillips, Agarwal set up an experiment to investigate the problem. Their setup used an ultra-high-speed camera, a microphone and a hydrophone to record droplets falling into a tank of water.

Water droplets have been a source of scientific curiosity for more than a century: The earliest photographs of drop impacts were published in 1908, and scientists have been trying to figure out the source of the sound ever since.

The fluid mechanics of a water droplet hitting a liquid surface are well-known: When the droplet hits the surface, it causes the formation of a cavity, which quickly recoils due to the surface tension of the liquid, resulting in a rising column of liquid. Since the cavity recoils so fast after the droplet’s impact, it causes a small air bubble to get trapped underwater.

Previous studies have posited that the “plink” sound is caused by the impact itself, the resonance of the cavity, or the underwater sound field propagating through the water surface, but have not been able to confirm this experimentally.

In their experiment, the Cambridge researchers found that somewhat counter-intuitively, the initial splash, the formation of the cavity, and the jet of liquid are all effectively silent. The source of the sound is the trapped air bubble. Phillips explained:

“Using high-speed cameras and high-sensitivity microphones, we were able to directly observe the oscillation of the air bubble for the first time, showing that the air bubble is the key driver for both the underwater sound, and the distinctive airborne ‘plink’ sound.

“However, the airborne sound is not simply the underwater sound field spreading to the surface, as had been previously thought.”

In order for the “plink” to be significant, the trapped air bubble needs to be close to the bottom of the cavity caused by the drop impact. The bubble then drives oscillations of the water surface at the bottom of the cavity, acting like a piston driving sound waves into the air. This is a more efficient mechanism by which the underwater bubble drives the airborne sound field than had previously been suggested.

According to the researchers, while the study was purely curiosity-driven, the results could be used to develop more efficient ways to measure rainfall or to develop a convincing synthesized sound for water droplets in gaming or movies, which has not yet been achieved.