Here’s Why Chinese Foot Binding Lasted for a Millennium 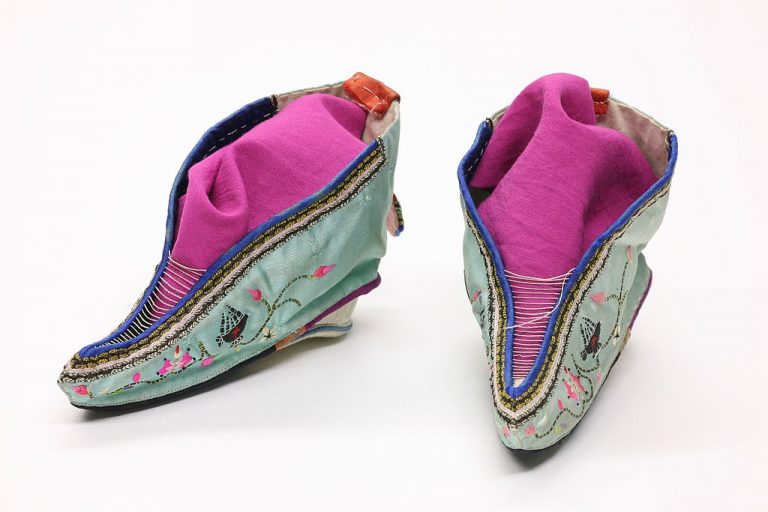 In China, up until the 20th century, many women had their feet broken in order to make it look more appealing. Known as Chinese foot binding, the practice began with the upper-class court dancers, slowly spreading to the elite, and then to the public.

Where Chinese foot binding all began

According to the generally accepted view, the practice of Chinese foot binding is said to have been started by Emperor Li Yu of the Southern Tang Dynasty around the 10th century CE. He asked his favorite concubine to fold her feet in the shape of the crescent-shaped moon and dance for him. Other concubines are said to have been captivated by her dance so much that they started imitating her.

Eventually, upper-class wealthy women started mimicking the trend and the practice of Chinese foot binding started to spread throughout China. Throughout the centuries, many styles of foot binding developed, with the 4-inch sized “lotus” style feet becoming very popular.

Opposition to the practice

The earliest criticism of the foot binding practice came from a scholar named Che Ruoshui, who lived in the 13th century and questioned the infliction of pain upon 5-year-old girls just so that they could develop “lotus” feet. By the 16th century, many Chinese intellectuals and writers had started to be very vocal against the practice.

In 1912, the Chinese government officially banned the practice. And although it was not actively implemented in the beginning, more and more parents began to avoid binding the feet of their daughters. As of now, the practice of foot binding is virtually non-existent in China.

Reasons for the practice

In the upper classes, this figure was close to 100 percent. Many reasons have been speculated to be the cause of the popularity of foot binding, with the three most important ones being Confucianism, sexuality, and the drive to maintain racial identity.

As per estimates, almost 40 percent of Chinese women were believed to have had their feet bound during the 19th century.

According to experts, Confucianism during the period of the Song Dynasty was extremely patriarchal in nature. Its idea of strict gender segregation and superiority of men over women influenced society to such a great extent that foot binding slowly became an indicator of the “civilized woman.” Women who had their feet bound were seen to be upholders of the Confucian way of life and were chosen by men of status.

The curious thing is that the ancient Chinese never considered foot binding as bodily mutilation.

Instead, they had classified the practice as a female adornment.

A final possible reason that made the practice exist for centuries is the Mongol invasion of China. This is believed to have triggered the traditional Han Chinese to practice foot binding of their woman as a means to distinguish themselves from the Mongol settlers. Attempts at banning the practice only created the opposite result, with foot binding spreading to all sections of the society, rich and poor alike.