German Players and Fans Face Defeat at the World Cup 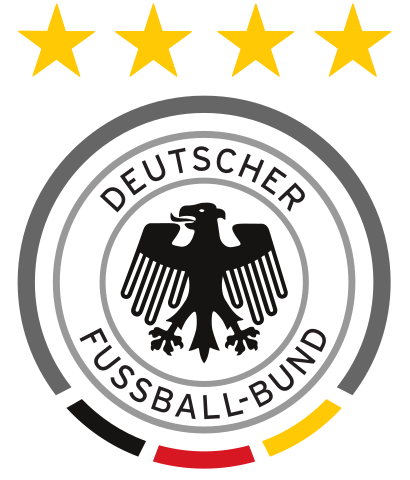 Germany has silently left the World Cup soccer championship in Russia. Just shortly after the misfortune of Kazan and the historic loss against South Korea, the national team flew home. While many casual fans might be furious or disappointed and angry, many flocked to the Frankfurt airport where the German players would soon land to show them their solidarity.

Loyal fans eagerly awaited the stars, but are ignored

Despite the DFB hashtag “ZSMMN” (“Zusammen”), which means “together” in English, many German fans feel like they no longer belong to them.

“Julian! Julian, Julian!” A little boy in a Germany jersey, maybe 1.30 meters (about 4 feet) tall, desperately cries the first name of the German national player Draxler.  The child’s eyes are looking imploringly at the winger, who was about 15 meters away, but Draxler walks by with little white headphones in his ears.

Maybe he did not hear anything, or maybe he did not want to hear him. Draxler turns his back on the young Germany fan, runs slowly toward Leon Goretzka, and whispers something in his ear. About 40 minutes later, when all players have long been driven away in Mercedes sedans with darkened windows, Draxler posted on Instagram: “Many thanks to all our fans.”

Two other Germany players, Jerome Boateng and Mats Hummels, thanked the fans on Instagram on the day after their defeat by South Korea, but like Julian Draxler, they didn’t pay any mind to their fans at the airport.

But not all players hung their heads on their arrival home to Germany. World Cup debutant Marco Reus is the only one who ran to fans, shot a selfie with a girl, and made a little fan wearing a Germany shirt smile by giving him his autograph.

What happened to the 11 boys of the German team at the World Cup?

What went wrong for #GER this time around? Part 1/2. pic.twitter.com/V5ulxBKJY8

Many sports enthusiasts complained about the German appearance at the World Cup, noting that the team seemed almost arrogant. In the game against Mexico, it seemed like the German boys had no real game plan, or they were thrown off course by the much more offensive play of the Mexicans, who went in hard right from the start.

The Mexican national coach, Juan Carlos Osorio, proudly stated in an interview that his team’s game plan was already decided upon several months before kickoff: “We had a game plan, we set that up six months ago.”

What happened to the German eleven’s game plan? Did they have difficulties enforcing their strategy, or was it simply because the coach decided on an inappropriate strategy that didn’t pan out? According to critics, tactics and the game plan are ultimately the responsibility of the coach.

What does Germany’s coach say about all of this?

Joachim Löw after the return to Germany: "I'm the coach therefore I'm fully responsible for what happened and must question myself. My future? There will be talks. It will take some time and then we will figure out a decision" pic.twitter.com/UergVZOUDF

After the historic World Cup loss, the German national coach, Joachim Loew, apologized for the team’s performance and did not rule out handing in his resignation. He didn’t begrudge the opponents on their victories and doubted whether the German team would have earned a victory at all. “At the moment, it’s difficult; the disappointment is huge. You have to congratulate our two opponents who have progressed. We do not deserve to be world champions again or to progress,” Loew said in an interview.

Apparently, the team’s loss also had to do with their mentality throughout the games, as Loew pointed out: “The team lacked the ease, the playful class we normally have. That’s why we deserved to be eliminated.”

One thing is for certain, the early defeat of the German eleven was not in vain. Those who reflect about it will certainly be able to draw a virtuous moral from defeat.