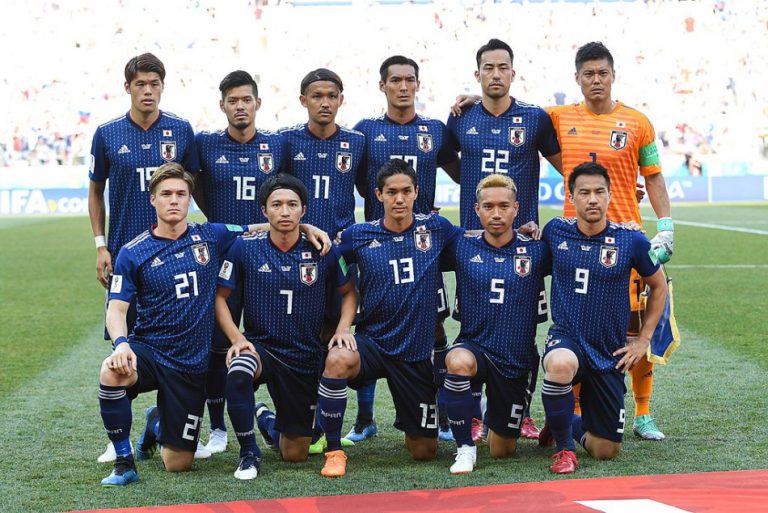 Even though the Japanese team lost their deciding game, they won the hearts of many people. (Image: via Beketova Svetlana)

Even though the Japanese team lost their deciding game, they won the hearts of many people through their display of sportsmanship. An image circulating the web shows how spotless the Japanese team left their dressing room. Japan might have lost the quarterfinal game, but they have gained the respect of the world.

FIFA’s match commissioner and general coordinator Priscilla Janssens tweeted a photo that showed a spotless dressing room and a thank you note written in Russian. If that’s not a remarkable display of appreciation, then what is?

After defeat, Japan's World Cup team left behind a spotlessly clean locker room and a 'thank you' note https://t.co/OEUreo4OJ8 pic.twitter.com/0Zzf2lcf4G

Janssens openly applauded the Japanese team: “What an example for all teams! Privilege to work with!” After the final whistle of the game against Belgium, despite Japan’s heartbreaking defeat, the Japanese players bowed before their fans. And before leaving, the team cleaned up its dressing room and took time to leave a “thank you” note for the caretakers and stadium staff. They also left blue origami cranes next to their thank you note.

Worldcup in Russia a stage of good character?

Besides the Japanese team and their kind gesture of appreciation, the world cup had other heartwarming gestures that show how respectful and appreciative humans can be to one another, even in a highly competitive climate. An example was when Senegal fans cleaned up the stadium before leaving after their team’s victory against Poland.

Senegal⁠ fans cleaning their section before leaving the stadium after their historic victory against Poland. This is class.

Judging from the humbling gestures by teams and fans alike, the football world cup in Russia seems to be more than just a stage upon which national teams compete against one another. The millions of people eagerly watching the games also received the message of the thoughtful behavior of the players, fans, and coaches. In a symbolic way, the world cup represents an example of how global society should behave.