The New Race to Space 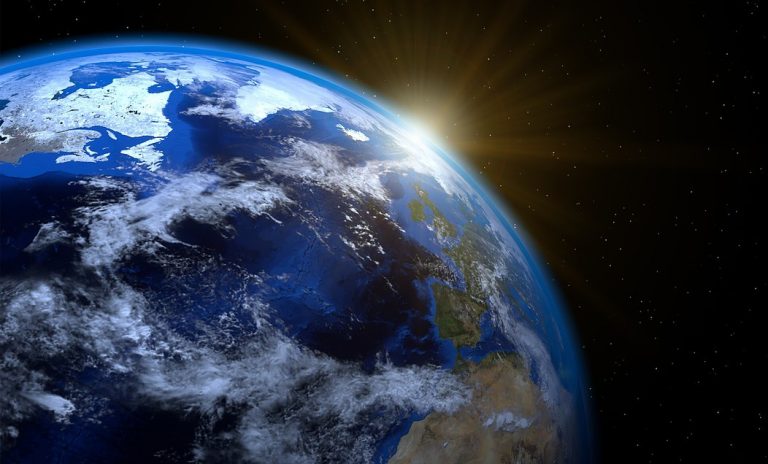 How do these two very different space ventures compare, and how are their efforts progressing? (Image: PIRO4D via Pixabay)

Back in 2014, NASA awarded both Boeing and SpaceX contracts to develop commercial crew transportation systems; the eventual initial missions under these contracts will involve trips to the International Space Station (ISS). In contrast, Virgin Galactic and Blue Origin have solid plans to cash in on human space travel by ferrying tourists to the frontier of space. How do these two very different space ventures compare, and how are their efforts progressing?

A US manned spacecraft: SpaceX vs Boeing

The U.S. currently relies on Russia to send its astronauts into space, but changing the situation means that SpaceX or Boeing needs to deliver a reliable crew transportation system. The two companies — SpaceX, with its Dragon capsule, and Boeing, with its Starliner spacecraft — are both under contract with NASA to develop, build, and launch commercial crew missions to the ISS.

Watch this video from SpaceX of the interior of its crew Dragon capsule:

Both companies are working independently to meet that demand, but a new report from the Government Accountability Office (GAO) reveals that neither of them is as far along as they should be:

“Boeing and SpaceX continue to make progress developing their crew transportation systems, but both contractors have further delayed the certification milestone to early 2019. Without a viable contingency option for ensuring uninterrupted access to the ISS in the event of further commercial crew delays, we concluded that NASA was at risk of not being able to maximize the return on its multibillion-dollar investment in the space station.”

Watch this video from Boeing of a simulated launch of its Starliner spacecraft:

In short, if the two companies can’t keep up with their milestones, NASA simply doesn’t have a backup plan for getting its astronauts to the ISS. Meeting NASA’s demands mean that the manned spacecraft are capable of safely delivering astronauts to the ISS, and neither company has come close yet. Building a new spacecraft is incredibly challenging, especially when delivering human cargo. It’s obviously crucial that both companies get things right, and if delays mean it will be safe to travel in the future, it’ll be worth the wait.

Two companies — Virgin Galactic, founded by British billionaire Richard Branson, and Blue Origin, by Amazon creator Jeff Bezos — are racing to be the first to finish their tests in the pursuit of space. But unlike the SpaceX or Boeing spacecraft, their offerings will propell space tourists only dozens of miles into the atmosphere before coming back down to Earth. By comparison, the ISS is in orbit 250 miles (400 kilometers) from our planet. The goal of Virgin Atlantic and Blue Origin is to approach or pass through the imaginary line marking where space begins — either the Karman line, at 100 kilometers or 62 miles, or the 50-mile boundary recognized by the U.S. Air Force.

Virgin Galactic propose to ferry six passengers and two pilots aboard its VSS Unity, which will be attached to a carrier spacecraft — the White Knight Two — from which it will then detach at around 49,000 feet (15,000 meters.) Once released, the spaceship will fire up its rocket and proceed skyward, while its passengers will float in zero-gravity for several minutes before coming back to Earth.

Watch this video from Virgin Galactic of the second test flight of its VSS Unity spacecraft:

Blue Origin, meanwhile, has developed a system closer to the traditional rocket: the New Shepard. On its journey, six passengers take their place in a traditional capsule fixed to the top of a rocket. After launching, it detaches and continues its trajectory several miles toward the frontier of space. After a few minutes of weightlessness, the capsule gradually falls back to Earth with three large parachutes and retrorockets used to slow the spacecraft.

Watch this video from Blue Origin of the first flight of its New Shepard spacecraft:

We may see test flights by both companies next year, but before they get to that point, both will have to meet the safety standards imposed by the Federal Aviation Administration (FAA) — rules more in line with commercial airliners than space shuttles.