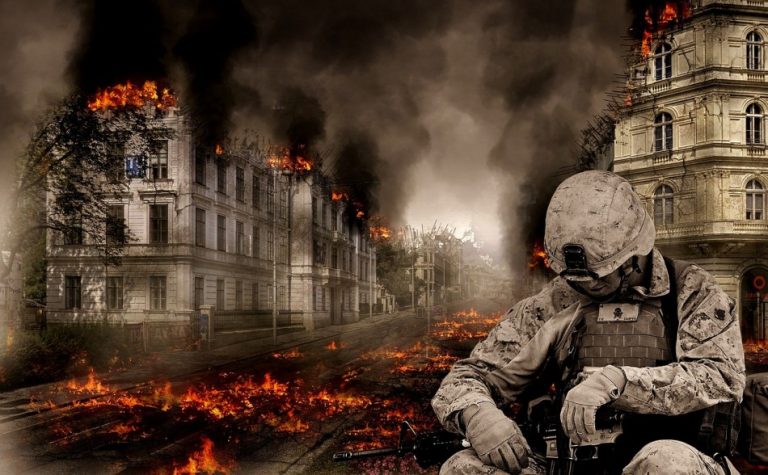 The awe we feel in nature can dramatically reduce symptoms of post-traumatic stress disorder (PTSD), according to UC Berkeley research that tracked psychological and physiological changes in war veterans and at-risk inner-city youth during white-water rafting trips.

Psychologists tested nature’s healing powers on 72 military veterans and, separately, on 52 teens from underserved Bay Area communities during and after dozens of one- and two-day rafting excursions along the South Fork of the American River in California. They also studied a dozen veterans during and after a four-day white-water rafting trip along Utah’s Green River.

Their findings, reported in two articles published in the journal Emotion, suggest that awe — as opposed to joy, pride, amusement, contentment, and other positive emotions — is the singular sensation that goes the furthest in boosting one’s overall sense of well-being. Study lead author Craig Anderson, a postdoctoral researcher and fellow at UC Berkeley and at UCSF, said:

“It’s the active ingredient that explains why being in nature is good for us.

“The more awe people felt during the white-water rafting trips, the happier and less stressed they were a week later.”

“We found that people who shared the same raft expressed similar emotions and hormone profiles.”

Anderson, an outdoorsman, launched the river-rafting study in 2014 in partnership with the Sierra Club’s Great Outdoors Lab. They targeted war veterans and at-risk teens for the study due to their heightened exposure to the kinds of trauma that cause PTSD, a potentially debilitating condition arising from harrowing life experiences.

Symptoms include anxiety, depression, irritability, paranoia, social isolation, poor immune function, increased risk of heart disease, flashbacks, and nightmares, and can lead to domestic violence, self-harm, and suicide. An estimated 31 percent of Vietnam veterans, 10 percent of Gulf War veterans, and 31 percent of veterans of wars in Iraq and Afghanistan have been diagnosed with PTSD.

Many youths where there is gun violence suffer from PTSD

At the same time, untold numbers of youths in underserved communities where gun violence is common suffer from war-zone-like rates of PTSD. For the study, researchers tested the veterans’ and the teens’ stress hormones and markers of immune function before and after the rafting trips.

In addition to tracking study participants’ emotional trajectories through their daily journals, researchers viewed video footage from GoPro cameras worn by study participants and coded their facial expressions, body language, and interactions to analyze their social and psychological states.

All the measures pointed to a significant improvement in their health and well-being following the white-water rafting trips. In a separate study, also published in the journal Emotion, researchers looked at the effects of more serene nature outings on 119 UC Berkeley undergraduates as they journaled about their daily experiences over the course of two weeks.

The results indicated that, of all their experiences, their encounters with nature were most likely to elicit feelings of awe, which in turn improved their sense of well-being. Anderson said:

“Taken together, our findings show that nature is a source for better health and well-being for stressed-out undergrads and at-risk populations such as veterans and youth from underserved communities.

“This underscores the importance of increasing access to the great outdoors for everybody.”

Provided by: UC Berkeley [Note: Materials may be edited for content and length.]