Germany-China Trade Deals Not a Response to US Tariffs 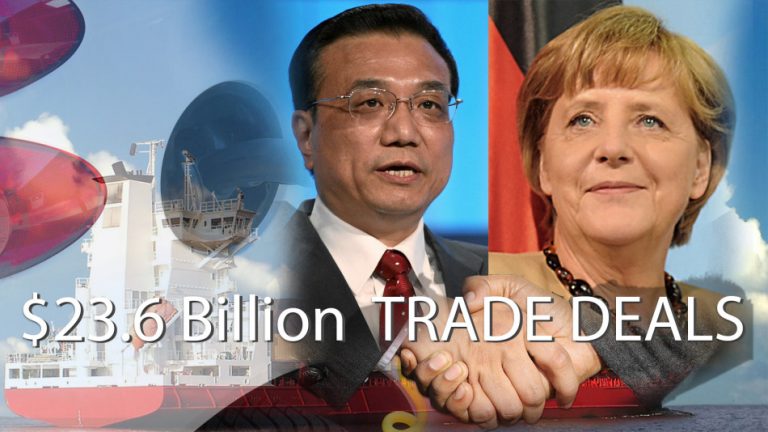 The deals signed by Germany and China, worth €20 billion, are not necessarily aimed against the U.S. (Image: Hermann Rohr via Nspirement)

Just shortly prior to the deals, President Donald Trump imposed 25 percent tariffs on US$34 billion of Chinese goods in response to complaints Beijing steals or pressures companies to hand over technology. China announced retaliatory tariffs on a similar amount of U.S. goods. Because Germany-China deals were made so close to the U.S raising its tariffs, many believe that the deals between China and Germany were a response to U.S. tariff hikes.

The trade war has become so much of a buzz in recent times that anything any country does following the trade tariff policy changes of the U.S. is regarded as an offensive act within a supposed trade war scenario. Could it be possible that while some fare offensively, others prefer a more diplomatic approach to geopolitical business?

During his recent speech in Berlin, Chinese Prime Minister Li Keqiang stressed the need to fight protectionism, saying: “China needed a stable and peaceful framework so it could develop further, and that was only possible with free trade. We are against unilateralism; we are in favor of free trade.”

Li, speaking in Berlin after the two countries signed deals worth €20 billion (US$23.6 billion), told reporters the projects demonstrated how nations could work together and the two nation’s partnership could be regarded as an inspirational model of how nations could work together to benefit mutually. “Free trade plays a strong leading role for both sides and for the world economy,” Li said through an interpreter. In turn, Merkel praised China for loosening rules on foreign investment, saying that it was important to see: “The market opening in China in this area is not only words, but is also being followed by deeds.”

In one deal recently finalized, Chinese firm CATL announced that it would build a factory in the German state of Thuringia. They intend to build batteries and supply BMW, who will use them in electric cars. Merkel believes that CATL is an enrichment for Germany. She said the company brings a product and technology to Germany that wasn’t available before, adding: “If we could do it ourselves, I’d also not be sad.”

While many critics claim that Germany and China’s recent move toward a stronger multilateral trading partnership is an attempt to counter U.S. tariff raises and the resulting economic losses occurred on both sides, others see the two countries attempting to show the world an alternative model of conducting international trade. Merkel said she hoped that a Sino-European summit on July 16-17 would further bring about progress and protect investments, stating: “I also hope that Germany and China can make a contribution toward ensuring that the world does not end up blundering into a spiral of trade conflicts.”

Striking balance instead of fostering opposition

In the world of economy and business, there can be a partnership among competitors. Birgit Jennen of Bloomberg News, Berlin, said: “Germany and China have a lot in common, even though they might be hit by U.S. tariff hikes. This doesn’t mean that they want to form an alliance against the U.S., especially Angela Merkel doesn’t want to do this. Because she is very aware that she has similar problems as Trump with China, in terms of market access.”

China and Germany are proving this point by shaking hands and trying to create deals that mutually benefit the two nations, while at the same time they are still competing against one another on the open market. According to the German Chancellor, the deals reached with China were of a new quality, and while China is a developing country, it is also a really tough and very ambitious competitor for Germany.

No matter why two parties compete, they will always have common interests, a common ground so to speak, where they can arrange deals that allow them to mutually benefit one another while still remaining competitive toward one another. Putting everything into context, being in competition with one another does not mean being at war. Striking mutual deals with competitors in an overall environment of competitiveness does not equate to teaming up against other competitors, but rather being brave and insightful at realizing mutual opportunities for growth and prosperity.