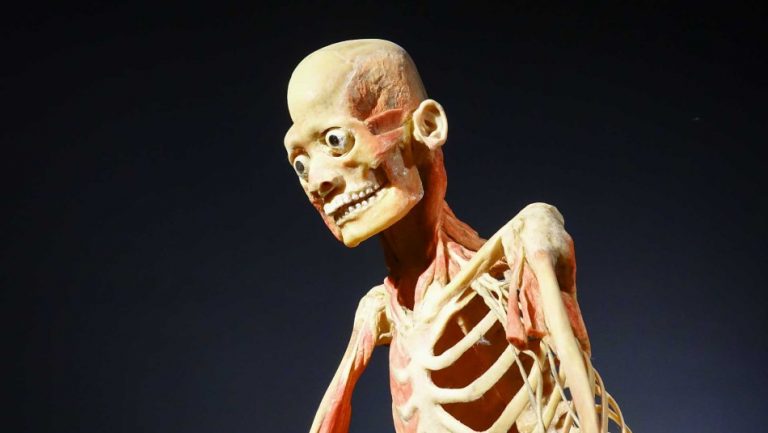 After just two weeks, an exhibition in Vietnam entitled 'Mystery of the Human Body' in Vietnam has been suspended. (Image: via Secret China)

After just two weeks, an exhibition of plastinated corpses entitled “Mystery of the Human Body,” organized by Mega Vina, a South Korean company specializing in promoting and developing exchange programs in Vietnam, has been suspended. The exhibition took place in Ho Chi Minh City and was scheduled to be held from June 21 to December 31, 2018.

According to organizers, the exhibit consisted of 137 human remains, including 11 full human cadavers and 126 various body parts. The samples were plasticized by Plastination Technology — a company concerned with human body preservation.

The exhibition has met with objections from the media and the Vietnamese public, prompting a review of the exhibit by the Ho Chi Minh City Department of Culture and Sports following a directive from the Ministry of Culture, Sports, and Tourism. Previously, the exhibition’s license in Hanoi was rejected because of the “sensitive nature of the images, which are extremely repulsive to viewers.”

On July 6, the Ho Chi Minh City Department of Culture and Sports suspended the exhibit. In addition to the suspension, the department also requested the exhibitor — the Khai Thien-Big Bang Trade Services Co., Ltd. (the entity licensed to hold the exhibition) — to provide legal records by competent authorities to prove the origins of the human body and organ specimens.

Following a review of the documents, the department said the event organizer was “dishonest when asking permission to display plastic samples that were in fact real human bodies after death, which were donated for science and then plastinated.”

A follow-up report concluded that the event was not suitable for public display, and only fit for demonstration at medical universities or research institutes of biology and medicine. The report said: “If publicly displayed, there would be a spiritual culture problem, and it is not suitable in Vietnamese culture and even repulsive (the showing of the cesarean section of a woman’s body to see the fetus and internal organs).”

According to published figures, the exhibition had more than 6,000 visitors before closing.

Plastinated human bodies exhibitions have been opposed in many other countries, including the United States, Australia, France, the Czech Republic, and Israel, mainly due to unclear origins of the body parts and ethical issues.