Understanding the Neuroscience of Binge Drinking 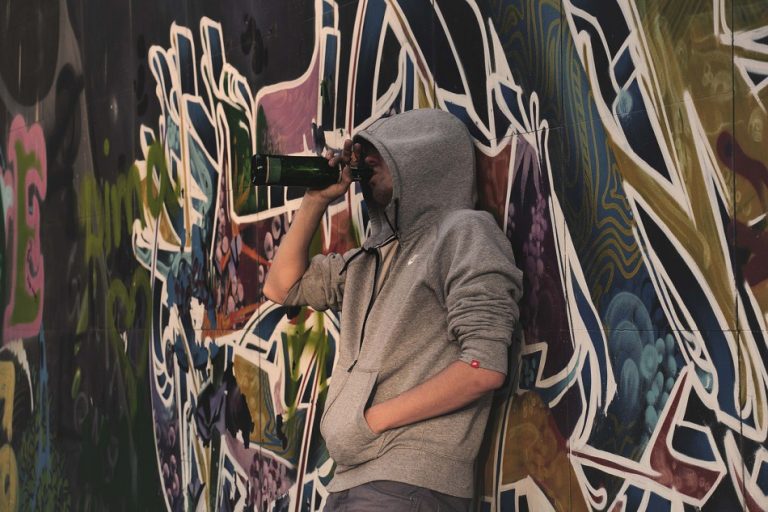 Adolescents who start drinking before age 15 are four times more likely to become adult alcoholics than those who start to drink as older teens. (Image: rebcenter-moscow via Pixabay)

Binge drinking is never healthy, but the behavior brings the greatest risks for young adolescents. At Columbia, researchers are taking a different tack in studying binge drinking in mice to learn why teenagers suffer the greatest consequences.

Adolescents who start drinking before age 15 are four times more likely to become adult alcoholics than those who start to drink as older teens. And those who binge drink are more likely to suffer from memory problems that persist into adulthood.

Neil Harrison, Ph.D., professor of anesthesiology and pharmacology at Columbia University Vagelos College of Physicians and Surgeons (VP&S) who researches the effects of alcohol on the brain, said:

“The brains of young teens are at a stage of development that makes them more vulnerable to being switched on to alcohol addiction.

“The question we’re asking is, can we find those switches in the adolescent binge drinker so that we can turn it off?”

Other researchers have looked at the neuroscience of binge drinking — by getting mice intoxicated through vapor inhalation or alcohol injection. Michael Salling, Ph.D., assistant professor of anesthesiology at VP&S, and his team are taking a different approach, allowing the mice to drink voluntarily. Harrison said:

“Shortcuts are useful in getting animals to drink, but these models don’t resemble how drinking develops in humans.

“In Salling’s approach, mice are given access to alcohol every other day during a period in their development that’s equivalent to human adolescence. “Some of the mice drink avidly and some very little — which parallels the human experience.”

The consequences of binge drinking in adolescent mice are also similar to the effects in humans. As the mice become young adults, those that drank heavily in their youth adopt drinking patterns often seen in people. Salling explained:

“Often the mice will drink robustly as soon as the alcohol is provided.

“This so-called front-loading behavior is frequently present in people who later develop an alcohol use disorder.”

And just like people, binge drinking mice also suffer memory problems, as shown in Harrison and Salling’s most recent study, published in the Journal of Neuroscience. The study is the first to show that voluntary alcohol consumption in adolescent mice leads to a deficit in very short-term memory known as “working memory” — and it’s giving the researchers a window into what binge drinking does to the teenage brain.

The most striking changes the researchers saw appeared in neurons within the mouse equivalent of the human prefrontal cortex (PFC), which is involved in planning actions by suppressing inappropriate responses and maintaining working memory and attention. The area does not completely mature in people until their 20s.

In the binge drinking mice, certain PFC neurons were less able to generate persistent activity, and these changes appear to impair working memory. This finding is consistent with imaging studies that show decreased resting activity in the PFC of alcoholics and binge drinkers. Salling said:

“These findings may help explain why human adolescent binge drinkers have memory problems.

“But they also suggest that there are ways to intervene.”

Harrison and Salling found that binge drinking altered neuron excitability by interfering with channels that allow ions to flow into the neurons. Harrison said:

“Targeting these channels may restore normal patterns of activity in the PFC and improve working memory.”

Harrison, also adds that neurobiological studies such as this are needed to develop new treatments for alcohol use disorders.

“Most adults with alcohol use disorders begin their excessive drinking as teenagers. If we hope to find ways to prevent or treat these disorders, it’s critical that we understand not only the social and environmental factors that contribute to early binge drinking, but also the changes that occur in the brain that lead to alcohol addiction.”

Provided by Columbia University [Note: Materials may be edited for content and length.]