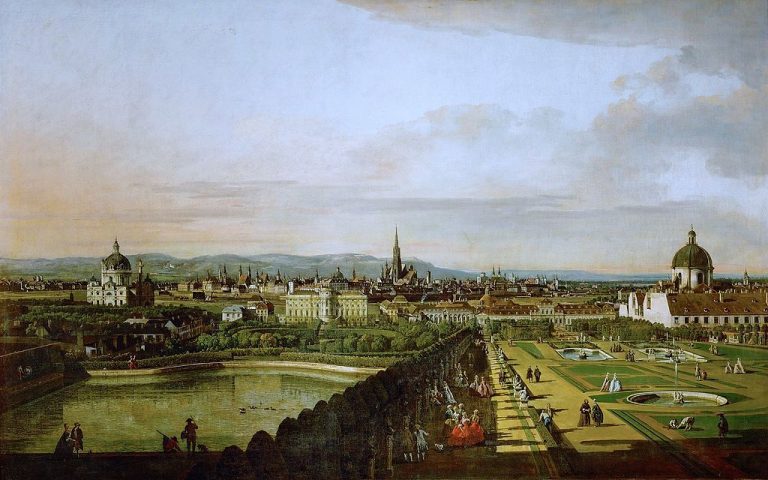 When it comes to classical music, most people will immediately think of the great composers from the Vienna School in the 1700s, including Mozart, Haydn, and Beethoven. (Image: via Wikimedia)

Do you believe in a predestined relationship? In the East, a predestined relationship is called “yuan fen.” It is the idea that all the events people encounter during their lives were prearranged. In the West, there is a similar concept known as “fate.” Some believe that all the good things we have today were systematically arranged from a very remote age and are destined to unfold during our lives.

When it comes to classical music, most people will immediately think of the great composers from the Vienna School in the 1700s, including Mozart, Haydn, and Beethoven, for they have established a very solid foundation for composing classical symphonies. In fact, their works still influence well-known composers of the present day.

Unlike Mozart and Haydn, who had a relatively better start when they first began their music careers, Beethoven had a pretty rough one. Beethoven was considered one of the most promising young musicians from Germany, with an emotional yet elegant style of playing. At the age of 17, he moved to Vienna, hoping to study with Mozart. However, his mother was suffering from a terminal illness at the time. When her condition worsened, leaving her near death, he could no longer stay in Vienna and had to move back to Bonn to take care of the family.

Beethoven’s predestined relationship was with Haydn, not Mozart

After his mother passed away, he eagerly rushed back to Vienna, attempting to connect with his idol. However, Mozart had already died due to overexerting himself. It seems they were not destined to meet. The lost young talent, seeking an opportunity to pursue his dream as a musician, had no choice but to go with fate and study under Joseph Haydn.

Haydn was one of the most active musicians in the world during the Classical Era. His concerts and published works were widely accepted. Therefore, along with Mozart, he established the so-called “Classical Style” in music. Under the tutelage of Haydn, Beethoven was able to function well socially and musically. Haydn not only taught him how to compose, but also introduced him to the aristocracy and promoted his talent to the public. This led to Beethoven’s great success and launched his career as one of the greatest musicians in the city of Vienna.

Beethoven was a courageous man. He was very experimental in his writings, pushing himself not to conform to the rigid ways of his elder colleagues. He took the liberty to add in additional expressive elements, such as enlarging the dynamic contrast, adding more musical instruments into a symphony orchestra, and enhancing the set forms by further elaborating his musical ideas. These bold moves of Beethoven were loved by his fans. Many composers followed his style. And even more importantly, his innovations made going to concerts a lot more interesting and entertaining.

We will never know what would have happened if Beethoven had studied with Mozart instead of Haydn. Perhaps it was the rigidness of Haydn that set off Beethoven’s experimental motives; or perhaps under the guidance of Mozart, Beethoven would have been encouraged to be even more reckless and bold in his creations. Only from the perspective of the predestined relationship will we understand how this was arranged. Hopefully, this story will also lead us to think about the beauty of life and how we walk along our own path in peace under thoughtful and benevolent remote guidance.