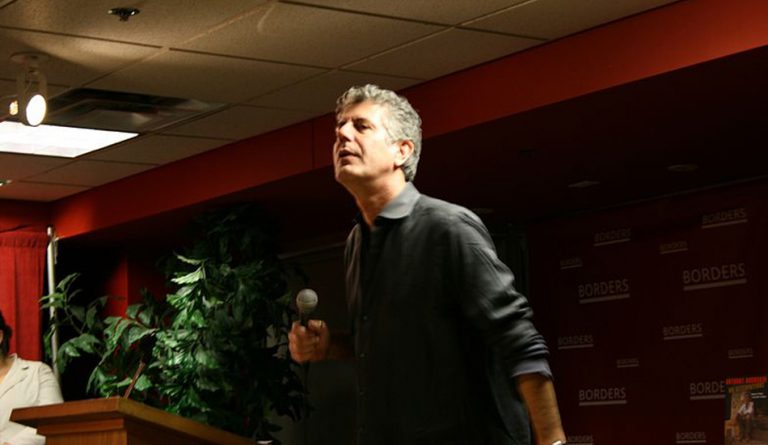 It’s been over a month since culinary TV show host Anthony Bourdain died, yet his CNN series 'Parts Unknown' has just received six nominations for the 2018 Emmy awards. (Image: Tammy Green via Flickr)

It’s been over a month since culinary TV show host Anthony Bourdain died, yet his CNN series Parts Unknown has just received six nominations for the 2018 Emmy awards.

And this is not the first time Parts Unknown has been nominated for the Emmy awards. In fact, the show was nominated for Emmys 31 times in its 11 seasons, out of which it has won five awards. Four out of those five wins were for the category of outstanding informational series or special.

As far as Bourdain is concerned, he has bagged 23 Emmy nominations in his career, winning eight of them. And with these new nominations, he has the potential to win two more — for outstanding writing and for outstanding informational series or special.

It was on June 8 that Bourdain was found dead in a hotel in France, with authorities explaining the death as a suicide. “You never know what goes on in anybody’s head and you never really know what goes on anyone’s heart… But certainly, you know, the pain he must have been feeling, at least in that moment or in those moments, and the loneliness he must’ve been feeling — it’s just terribly sad to think about. And makes me very sad for him to have — to have succumbed to that,” television personality Anderson Cooper said in a CNN tribute.

He was filming the 12th season of Parts Unknown when discovered dead. Though he had only filmed a few episodes covering Bali, Kenya, New York City, Spain, and Texas, CNN might just decide to broadcast the finished episodes next season out of respect for Bourdain. However, whether someone else will take over the presentation of the show is something to be seen.

In addition to Bourdain, celebrities like Audrey Hepburn and Carrie Fisher have all received Emmy nominations posthumously. The 2018 Emmy awards will be broadcast on September 17.

The rise of Anthony Bourdain

Born in 1956 to a father who was the executive at Columbia Records and to a mother who was the staff editor at the The New York Times, Bourdain got interested in the culinary world after a family vacation he spent in France. He later graduated from The Culinary Institute of America in 1978 and went on to work at some of the top restaurants in the U.S.

What initially made Bourdain famous and a darling in the culinary community was his writings. His most famous books include Kitchen Confidential: Adventures in the Culinary Underbelly published in 2000, A Cook’s Tour published in 2001, and The Nasty Bits from 2006. In addition, his articles have been published in some of the top publications of the U.S., including The New York Times, The Los Angeles Times, Esquire, The Observer, and others.

It was in the realm of TV shows that Bourdain became a household name across the world. Starting from A Cook’s Tour in 2002 for the Food Network, he went on to create a wildly popular show for Travel Channel called No Reservations that was broadcast from 2005 to 2012. In 2013, he started hosting the show Parts Unknown for CNN for which he was nominated in the latest Emmys.