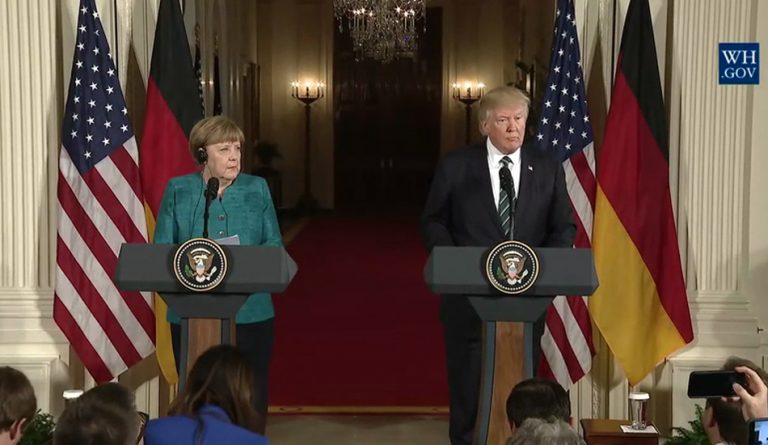 With U.S. slapping import tariffs on Chinese and German goods, both countries have signed trade deals with each other worth more than US$23 billion. (Image: via Wikimedia Commons)

With the U.S. slapping import tariffs on Chinese and German goods, both countries have signed trade deals with each other worth more than US$23 billion. And many experts believe that this might just be the start of less “America-centric” global trade negotiations.

After complaining that the Chinese had been practicing unfair trade policies and that Beijing was trying to force American companies to give away their technology, the U.S. had imposed tariffs of 25 percent on about US$34 billion worth of Chinese imports. In addition, steel and aluminum imports from Germany were also subjected to tariffs by the U.S.

In retaliation, the Chinese raised import duties for many products that were sourced from China. As a consequence, cars manufactured from the U.S. were being charged an import duty of 40 percent by the Chinese as against the previous 15 percent. And this started affecting German car manufacturers who had plants set up in the U.S. In fact, BMW, who has a manufacturing center in the U.S., recently announced that it would have to increase the price of the SUVs it exports to China.

According to the China Association of Automobile Manufacturers, Germany is the biggest supplier of passenger cars in China. Just in the first four months of 2018, German manufactured cars accounted for 20.8 percent of all cars sold in China. Japan had a share of about 18 percent, while the U.S. came third with just 11 percent. And in the top 10 brand model cars sold in China, Volkswagen sedans nabbed six of the spots.

In addition to the trade war between U.S. and China, the United States has also started a similar trade war with the EU against what it calls “unfair barriers and tariffs” placed on America for a long time. President Trump wants these tariffs to be removed so that U.S. businesses can have better access to the European market. And Germany is the one country that President Trump is seriously angry with.

With Washington feeling snubbed after Germany and China started making trade deals that could go against its interests, the U.S. has threatened to slap 20 percent tariffs on cars imported from Germany. And this announcement has rattled Berlin, since cars represent one of the biggest exports of the country. As such, any additional import tariffs put by the U.S. against German manufactured cars could easily create big economic issues for Berlin.

“This is taking on the contours of a trade conflict — I don’t want to use words that go any further. It’s worth every effort to try and defuse this so that this conflict does not become a war,” the Sunday Express quotes the German Chancellor. Merkel and other European leaders are reportedly working out measures to pacify the U.S. and stop it from imposing tariffs on EU products.