The Global Fallout of the US-China Trade War 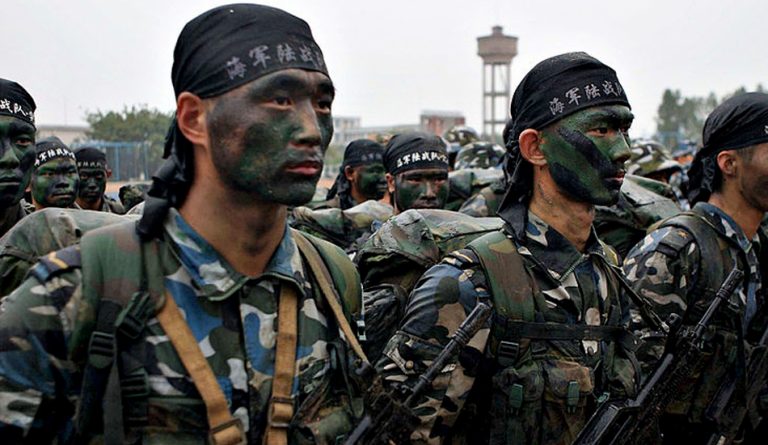 The ongoing U.S.-China trade war has the entire world on edge. (Image: via Wikimedia Commons)

The ongoing U.S.-China trade war has the entire world on edge. Many see this conflict as a prelude to what could be a seismic shift in how the global economy functions. And the fallout of the trade war might not only lead to large-scale shifts in business investment preferences, but also a huge decline in global economic growth rates.

Since both nations are currently engaged in slapping tariffs against one another, what needs to be seen is whether the U.S. will take the conflict to the next level and restrict Chinese investment into the United States. And this could easily create massive changes in investment behavior.

Left with no option to invest in the U.S., the Chinese would start investing in other nations. This will only strengthen the Chinese military position, since they are often known to use economic incentives like loans to induce nations to provide the Chinese military with access to the home country’s land. And this is definitely something that neither the U.S. nor the West will be comfortable with.

China could also disrupt the international supply chains. And as a consequence, companies all across the world may start relocating their manufacturing and distribution centers in a bid to keep up with such disruptions. This will inevitably affect the employment and tax situations of the affected countries.

The problem with Chinese debt

China is also facing a huge bad debt problem. The Chinese have been expecting this and have put in place systems to manage such defaults as best as possible. However, the current trade war has stressed out the country’s dollar-denominated corporate bonds. And as of July 12, the Chinese dollar junk bonds recorded the highest average yield since 2015.

“China has the largest number of bad loans across these corporations that have been kept afloat by the government essentially… So China has a significant bad loan problem and credit issue… and the tariff problem is not helpful there,” The Epoch Times quotes Oksana Aronov, a strategist at JP Morgan Asset Management Fixed Income.

With the trade war showing no signs of slowing down, it remains to be seen whether the Chinese government will be able to deal with the loan defaults that are expected to come. At the very least, it will severely choke the government. And combined with the prospect of lower exports, the average Chinese investor might stay away from investing in the country.

The WTO trying to limit impact of trade war

Meanwhile, the World Trade Organization (WTO) has actively been trying to limit the impact of the U.S.-China trade war. And it is seriously focusing on stopping the two countries from slapping higher tariffs on each other.

“If it’s just limited to steel and aluminum [referring to U.S. tariffs on Chinese imports], it’s one thing. If you’re talking about hundreds and thousands of products, it’s a completely different thing. And the impact will be significantly different… I don’t think anybody believes that this is something minor, even in the U.S. administration,” director general of the WTO, Roberto Azevedo, said in an interview with the BBC.

He also warned that the eventual fallout of the trade war could see a rapid decline in global growth, while also adding that the U.S.-China trade war is the most difficult situation the WTO has faced in its entire existence.