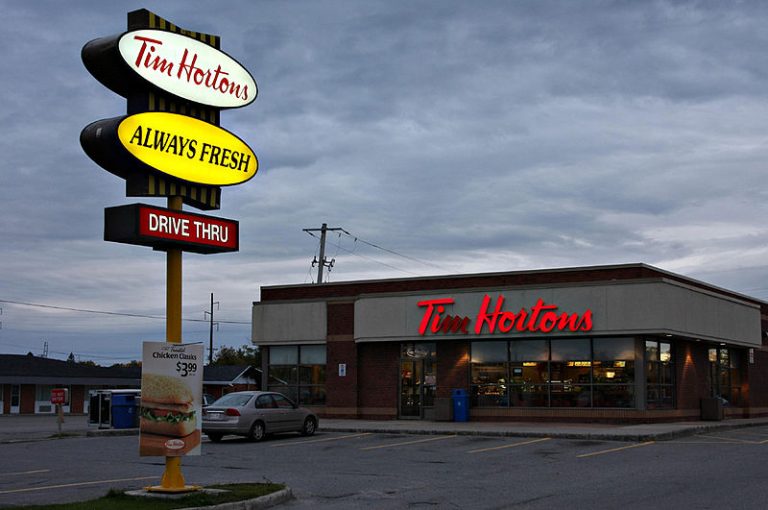 Canada’s most famous coffee chain Tim Hortons has announced plans to expand its operations into China in a bid to boost its revenues. (Image: Jerry Huddleston via Flickr)

Canada’s most famous coffee chain Tim Hortons has announced plans to expand its operations into China in a bid to boost its revenues.  The company plans to open about 1,500 outlets in China over the next 10 years.

The plans to open cafés in China is Tim Hortons’ biggest expansion plan outside of Canada and is a reminder of how important the Chinese market is becoming for major international brands.

“China’s population and vibrant economy represent an excellent growth opportunity for Tim Hortons in the coming years… We have already seen Canada’s Chinese community embrace Tim Hortons and we now have the opportunity to bring the best of our Canadian brand to China,” The Guardian quotes a statement released by president Alex Macedo.

As per estimates, Chinese consumption of coffee and tea will jump to more than 750,000 metric tons by the year 2020. And compared to just over 693,000 metric tons consumption in 2015, the burgeoning interest in coffee does present a unique opportunity for coffee chains. And it is this opportunity that Tim Hortons wishes to exploit.

China’s coffee shops are estimated to be a 60 billion yuan (US$86.9 billion) annual market. And by 2022, the market is expected to climb to 79 billion yuan (US$11.5 billion) per year. In addition to Tim Hortons, Starbucks also have their eyes on China and plan to open about 10,000 coffee shops in the country within the next 10 years, which is more than the number of coffee shops they operate in the US.

The reason Tim Hortons is focusing on China is that of the risk of market saturation they face back home. “I wouldn’t say (Tim Hortons) has saturated the market in Canada, but they’re mightily close,” portfolio manager at Goodreid Investment Counsel Brian Madden says in an interview with Reuters. However, the question of whether they will succeed in China still cannot evoke a strong positive answer.

To ensure that they are able to open up the targeted 1,500 outlets in China successfully, Tim Hortons will be joining hands with the Cartesian Capital Group. And since they are known to have helped Burger King increase their outlets from 56 stores to 800 stores in China, one can safely assume that they will be able to fulfill Tim Hortons’ target within the required timeframe.

The problem that Tim Hortons will face is of a different variety — customer preference. Starbucks has been operating in China for close to two decades. And the Chinese are pretty addicted to the coffee they get from Starbucks. But Starbucks is selling “premium/specialty” coffee. As such, the Chinese have been trained to be fond of such high-quality coffee.

In contrast, Tim Hortons largely focuses on selling reasonably priced “regular” coffee. And these offerings may be something that the Chinese may not be fond of. In fact, a similar situation existed with Dunkin’ Donuts, who tried to expand in China but failed miserably.

Tim Hortons will also have to deal with a brand new coffee shop startup from China — Luckin Coffee. The coffee chain has reportedly opened up over 500 stores in China in just four months and is rapidly expanding all across the country. And with both Starbucks and Luckin Coffee spreading through China, Tim Hortons will likely not have an easy time establishing a consistent business in the country.