Why the German-Russian Pipeline Is a Concern 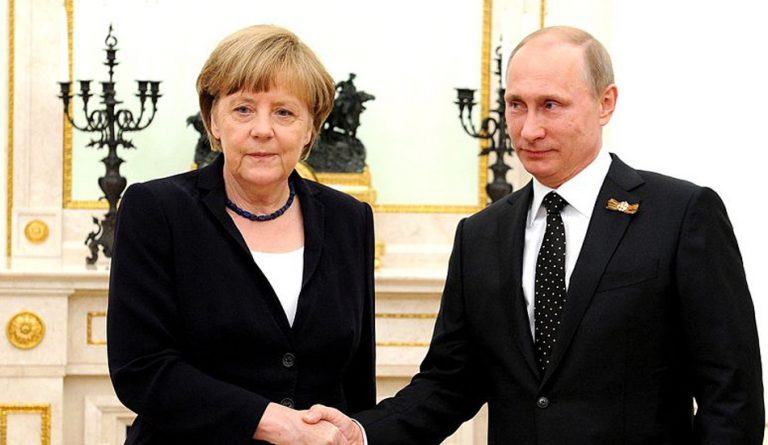 Germany and Russia have long been talking about laying an 800-mile-long pipeline between the two countries that would supply Germany with gas from Russia. (Image: President of Russia via Flickr)

If the 2018 NATO summit at Brussels will be remembered for something, it will be for the stiff tensions the United States created with Germany in a bid to make the European nation back out of its German-Russian pipeline deal.

Germany and Russia have long been talking about laying an 800-mile-long pipeline between the two countries that would supply Germany with gas from Russia. And this has been kind of a thorn for the U.S., since they feel that the pipeline would make Germany a “slave” of Russia and would increase Russian influence in the EU, challenging U.S. influence on European nations.

“Germany, as far as I’m concerned, is captive to Russia because it’s getting so much of its energy from Russia… We have to talk about the billions and billions of dollars that’s being paid to the country we’re supposed to be protecting you against,” The Washington Post quotes U.S. President Donald Trump.

Considering that NATO was formed mostly to protect Europe against Russian aggression and that the majority of expenses in the NATO alliance are borne by the U.S., it is understandable why the United States does not want Merkel to engage in any trade deals with Russia that would give Moscow power over Europe.

The concern of Eastern European nations over the Russian pipeline

In addition to the U.S., Eastern European nations like Ukraine and Poland are also wary of the German-Russian pipeline. They fear that Russia’s growing influence in Europe could put both countries at the mercy of Moscow.

After all, during the Crimean crisis in 2014, Russia did cut off Ukraine’s gas supplies for several weeks in order to force it to agree with Russian demands. And though the EU did intervene and resolved the conflict last time, a Europe dependent on Russia might turn a blind eye toward such Russian pressures on Ukraine or Poland. And that is something both the nations do not want.

The U.S. also warned about the potential supply disruptions the pipeline would create in Europe. The Epoch Times quotes Mary Warlick of the U.S. International Energy Affairs at the Department of State as saying that the “construction of Nord Stream 2 would concentrate 80 percent of Russian gas imports to the EU through a single route, creating a potential chokepoint that would significantly increase Europe’s vulnerability to a supply disruption.”

Despite such concerns raised by Eastern Europe and the U.S., Germany has shown no interest in backing down from their commitment to building the pipeline. In fact, German Chancellor Angela Merkel was very vocal against the U.S. desire to pull Germany away from the deal.

“I have experienced myself how a part of Germany was controlled by the Soviet Union. I am very happy that today we are united in freedom, the Federal Republic of Germany. Because of that, we can say that we can make our independent policies and make independent decisions. That is very good, especially for people in eastern Germany,” The Guardian quotes her from the NATO headquarters.

However, Merkel did accept that the German-Russian pipeline deal had political repercussions other than just being an economic project. And this should give hope to America and Eastern Europe to engage in talks with Germany and ensure that Berlin does not end up signing an agreement with Russia that could turn out to be harmful to the people of Europe.