Good and Evil, and Their Effects on the Body 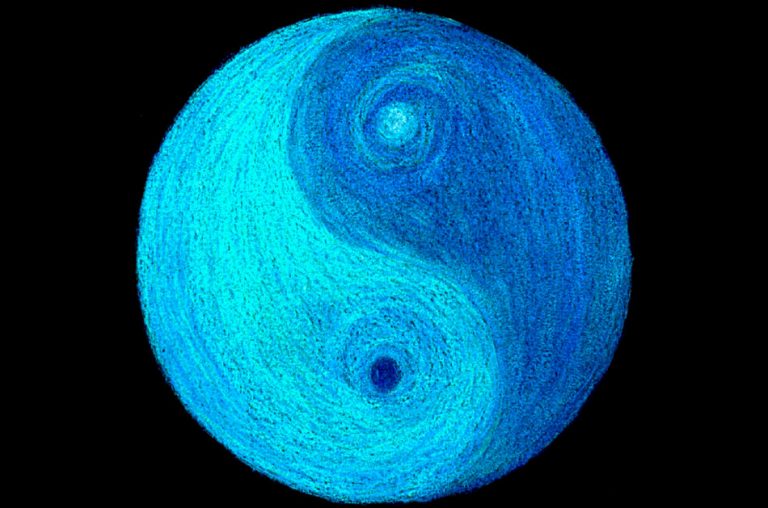 Numerous studies have confirmed that good and evil have an effect and that doing good deeds can prolong a person’s life. (Image: Guadulupe Cervilla via Flickr)

The ancients believed that doing evil deeds created retribution that would arrive sooner or later. Numerous studies have confirmed that good and evil have an effect and that doing good deeds can prolong a person’s life.

During a study of social relationships and mortality risk, American researchers found that a person who is helpful and lives in harmony with others definitely has a longer life expectancy. On the other hand, a person who is malicious and harmful toward others has a mortality rate of one and a half to two times higher than that of normal people. Race, income levels, and different levels of physical exercise do not affect this universal conclusion.

Yale University and the University of California conducted the study over nine consecutive years tracking 7,000 residents in Alameda County, California. Researchers from the University of Michigan conducted a follow-up survey of more than 2,700 people for 14 years and came to the conclusion that good and evil affect life expectancy.

Good people are keen on helping others, which can stimulate gratitude toward them. This can lead to a buildup of inner warmth, alleviating anxiety, and benefiting the body’s immune system. A malicious person who treats others as enemies can be easily provoked and become aggressive, causing the blood pressure to rise. A person who is corrupt, accepts bribery, and commits theft has a guilty conscience and is prone to insomnia. These factors together can cause the lifespan of such a person to be shorter than normal people.

For over 70 years, an American psychologist has continuously conducted detailed psychological tests on 865 boys and 672 girls in secondary schools in California every 5-10 years.

Up to 1991, half of the male students and one-third of the female students involved in the tests were still alive. A comparative study of the psychological characteristics and lifespan of those who had passed away shows that those who were honest in honoring their promises and having a strong sense of responsibility from a young age lived two to four years longer than those who were not conscientious or grounded in positive values.

Florence Nightingale, also known as the “Lady with the Lamp,” came from British aristocratic society, but she gave up her luxury life and went to the battle frontlines to care for the wounded and sick during the Crimean War. She was selfless and dedicated, and is credited with founding professional nursing standards for women. Nightingale lived to the ripe old age of 90. Mother Theresa, who won the Nobel Peace Prize in 1979, cared for the sick and even those with infectious diseases throughout her life — she lived to the age of 87.

It has been reported in a U.S. magazine that “bad moods produce toxins,” where “evil thoughts can cause physiological changes and produce toxins in the blood.” An experiment shows that when people in a normal state blow into an ice cup, it produces a condensed, colorless, and transparent substance. However, for those people who are filled with resentment, anger, and jealousy, it produces a condensed substance of different colors. Chemical analysis shows that people’s negative thoughts can cause toxins in the body’s fluids.

A joint study by Cardiff University in the United Kingdom and the University of Texas in the United States shows that there is a scientific basis for evil deeds creating retribution. When young criminals become middle-aged, their health deteriorates rapidly and the risk of hospitalization and disability becomes several times higher than that expected for normal people.

Professor Williams, a famous American cardiovascular expert, conducted a follow-up study of 500 medical college students in 1958. Twenty-five years later, he found that those who were hostile toward others had a mortality rate of 96 percent and had heart disease five times higher than normal people.

The energy conversion between giving and receiving

Professor Stephen Garrard Post, who has taught at Case Western Reserve University of Chicago Medical School and now at Stony Brook University School of Medicine, along with novelist Jill Neimark, did a detailed study of the relationship between the kindness of paying and receiving based on the perspective of modern science and medicine. Between them, they developed a scale to measure their tracking of people who are willing to pay, identify the reward from each kind of pay, physical statistics, and physiological analysis to find out the medical effect of paying and came up with the “happy index.”

From their study, it is found that doing good deeds has a huge effect on psychology and health. Social judgment ability, emotions, and mentality all improve. Physically, a sweet smile, as well as a friendly and humorous expression, can create an increase in immunoglobulins in saliva.

After combining more than 100 research results from more than 40 major U.S. universities, together with the long tracking data, they came up with the surprising conclusion that there is an energy conversion between giving and receiving. While a person is giving, the reward energy is being returned to this person in various forms, and in most cases, the person is not aware that this has taken place.

Scientists have also discovered a phenomenon in the field of neurochemistry. When people are thinking good thoughts and being positive, the human body will secrete nerve-transmitting substances that can make cells healthy and activate the immune system. On the opposite side, when people have evil intentions and think negatively, the negative system is stimulated, the positive system is suppressed, and the righteousness in bodily functions is destroyed.

Goodness from within can ward off misfortune

Scientific research has confirmed that ancient people believed that good and evil have an effect. It is not illogical, but it’s a fundamental view of that era and how ancient people handled their lives. Their minds were open and enlightened, conveying the humility of life for the unknown.

With an open-minded attitude, people are free from extreme thoughts that can block one’s outlook. Positive thoughts can naturally sense the connection between Heaven and Earth. The ancients believed that with inner righteousness, evil cannot interfere and a natural and healthy life can lead to a long lifespan.