The Torture and Tragedy of the ‘Counter-Revolutionary’ Zhang Zhixin 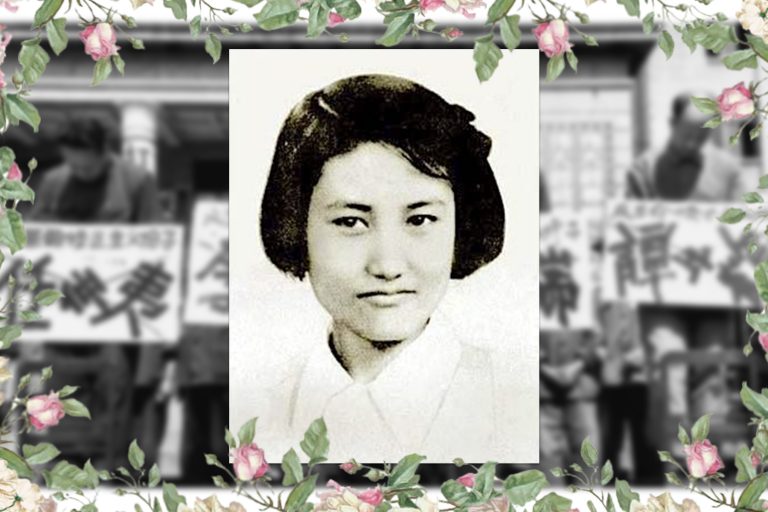 Zhang Zhixin, who dies for speaking out against Mao Zedong and the Communist Party. (Image: Hermann Rohr via Nspirement)

Zhang Zhixin is known for her brave influence and free will during the time of the Cultural Revolution in China. She became famous for “criticizing the idolization of Mao Zedong and the ultra-left.”

Zhang Zhixin was born on December 5, 1930, to a university music teacher family in Tianjin. After graduating from the Renmin University of China in 1950, she was assigned to a teaching college in Tianjin. In 1962, Zhixin was transferred to the Publicity Department of Liaoning Province.

Zhang Zhixin executed by the CCP

Her life took a very tragic turn toward its end. Her husband, even though he loved her, was forced to divorce her and break any ties to Zhang Zhixin. Due to her opposition to the idolization of Mao Zedong and the Communist Party, she was blacklisted, later detained, and executed.

Her children were not allowed to visit her in jail, not even before her execution. Her husband, under these circumstances, was forced to divorce her to prevent their children from being blacklisted as well, and being deprived of the privilege of education and a prosperous future life.

In August 1966, the Cultural Revolution swept through the land of China. During its rain, some 800 million Chinese people idolized Chairman Mao, regarding him as a “great mentor, great leader, great commander and the great helmsman.”

The people would read Mao’s book, listen to his words, and act on his directives without question.

They would become Mao’s so-called red guard. The way people had to think about Mao was like a given directive. Each of his sentences was regarded as being the force of 10,000 sentences. There was no question about understanding Mao’s words or not — you just had to accept it.

Not everyone completely gave up their autonomous thinking and opinions. Zhang Zhixin was determined to use her unique free thinking to fight for the truth of freedom! Zhixin not only directed her criticism toward Lin Biao, but also questioned Mao for starting the “Cultural Revolution.”

She believed that “The Cultural Revolution is the wrong way to continue the leftist party in China,” which had been instated in 1958 after the founding of the People’s Republic of China.

The Cultural Revolution raged like a wildfire, extending from within the Party to the outside, affecting both the economy and the so-called “bourgeois elite.” It was launched by Mao Zedong, Chairman of the Communist Party China (CPC), in 1966 and officially ended in 1976. While its goal was to preserve the “true” communist ideology by purging capitalist and traditional Chinese elements, its results were devastating to the people, and the country, “undermining the unity of the Party and the country….”

The price of opposition

In the midst of this zealous and chaotic situation, Zhixin’s views were like a thorn in the eye of the Communist Party rulers. Zhixin was labeled as “the current counter-revolutionary” by the authorities.  Not long after, she was arrested and put into prison on September 24, 1969. She was sentenced to life imprisonment, but this was then converted to a death sentence.

In the dark days in prison, Zhixin was brutally tortured and humiliated.

The prison guards clamped her tongue and mouth with wire and put a mop inside. Her hands were cuffed behind with the back of her body carrying an 18-pound hammer and at the same time she was dragging heavy cuff ankles; she was beaten repeatedly; her hair was forcibly pulled out; she was raped and gang-raped by male prisoners; she was locked up in a small cage, forcing her into the squatting position; she was torn apart from her loved ones, relatives, and the outside world to the extreme until she had a mental breakdown.

Death threat on the Communist Party

In the state of having a mental breakdown, Zhixin wrote a suicide note. When this was discovered, she was strictly monitored and brought before the Party Committee officials to be ridiculed and criticized, as her suicide note was considered a “death threat on the Communist Party.”

The court even passed the divorce judgment, and when the divorce letter was brought to Zhixin, she calmly said that “it is meaningless to me.”

The most inhumane treatment

Up to the last moment before her execution, she was still subject to the most inhuman and cruelest torture — a few large men pressed her to the floor, a brick was placed on the back of her neck and without any anesthetic, those evil people slit her throat with an ordinary knife. She did not die from this, however. It was done to prevent her from screaming any last slogan before her execution.

The Communists cut her throat to stop her from shouting out “down with the Communist Party.”

At 10:12 a.m. on April 4, 1975, Zhixin was executed by the Communist Party by being shot. The young and beautiful Zhixin died for speaking her mind and what she believed was the truth. None of her family members were allowed to claim her body. On the night of her execution, her husband, Zeng Zhen, cried inconsolably. Both their two children, whom Zhixin had not seen after she was taken away and put into prison, shared the grief with their father.

Asylum in the US

Both her children were able to find a new life in the United States, far away from the devastating experience that would cloud their minds for some time to come.