Zhang Chang-pu, a Virtuous Mother From the Three Kingdoms Era 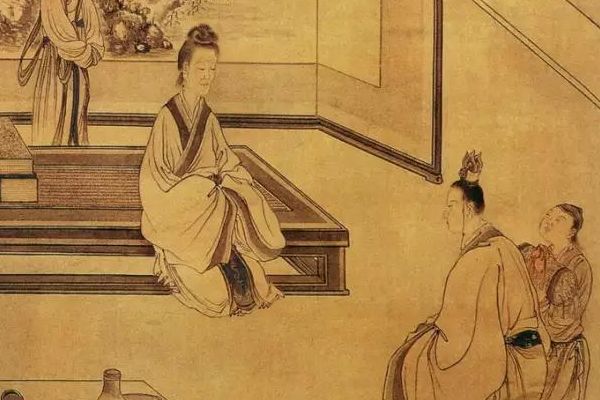 Ye was born into a medical family and spent the years between the ages of 12 and 17 studying with 17 different medical specialists. (Image: via Public Domain)

During the period of the Three Kingdoms, Zhong Yao (151-230), the founder of the regular Chinese calligraphy script known as kaishu, was married to Zhang Chang-pu (199-257). Zhang was an upstanding lady who abided by justice and placed a high value on the cultivation of morals and virtues. Even toward servants, her behavior was respectful, and Zhong’s family held her reputation in high esteem.

Zhong Yao’s other wife, Lady Sun, was born into a noble family. Sun was the First Lady in the Zhong household and attended to all household matters. Lady Sun was proficient in arguing and debating, but lacked compassion and was jealous of virtuous and capable people. In Sun’s eyes, if she made a mistake, it could be overlooked simply because she could find a reason to justify whatever she did.

Lady Sun was jealous of Zhang Chang-pu’s righteousness and planned to defame her, but ultimately her plans failed and she was unable to harm Zhang Chang-pu. When Zhang Chang-pu was pregnant, Lady Sun became even more jealous and poisoned Zhang Chang-pu’s food when she was not looking. Zhang Chang-pu took a bite and felt that something was amiss. Fortunately, she spat out the food. However, she was still affected by the poison and had a dizzy headache for several days afterward.

Zhang Chang-pu’s servant advised her to let Zhong Yao know about the incident, but she chose to discreetly settle the matter herself. Zhang Chang-pu said: “Ever since ancient times, the fight between the legal wife and the concubine would lead to the ruin of a household and damage to the nation. People back then and up to today have taken it as a warning. If I tell my husband about such a matter, but he decides not to believe me, then who will help me prove my case? Moreover, Lady Sun now assumes that I will tell my husband about this matter; since she started it, let her bring it up. Perhaps it will be better this way.” And so Zhang Chang-pu claimed to be ill.

As expected, Lady Sun, under the impression that Zhang Chang-pu had already told her husband about the incident, said to Zhong Yao: “I wanted to help Lady Zhang give birth to a boy, so I secretly drugged her with medicine that would help her give birth to a boy. The ungrateful woman now accuses me of poisoning her with bad intentions!”

Zhong Yao, hearing this, was very surprised and at first, he thought that taking medicine to help give birth to a boy was a good thing. Then, he thought that if the medicine was secretly added to the food, that was not normal behavior. So Zhong Yao called his servants and questioned them. After he was informed of the situation, Zhong Yao expelled Lady Sun from his estate.

After being poisoned by Lady Sun, Zhang Chang-pu gave birth to a son, Zhong Hui

Zhong Yao later asked Zhang Chang-pu why, after being poisoned, she endured and said nothing. Zhang Chang-pu told him that a family harming each other will ruin the family and in the worst case even damage a nation. After he finished listening, Zhong Yao was very impressed and respectful of Zhang Chang-pu’s virtue. After Zhang Chang-pu gave birth to Zhong Hui (225-264), who later became a famous general and conquered the Shu Han state, she received even more of Zhong Yao’s love and respect.

When Zhong Hui was 4 years old, Zhang Chang-pu taught him to read poetry. Under the guidance of his mother, Zhong Hui dressed simply from that young age. He also personally attended to family matters and was known to be thrifty. After he grew up and became an official, whenever he received a reward, he gave it all back to the state.

When Zhong Hui became a high official, the great general Cao Shuang monopolized power, drank excessively, and indulged in pleasures every day. Zhang Chang-pu believed that the general could not protect the wealthy families due to his indulgence in alcohol and desires.

Two years later, a father and son from the Sima family battled for power with Cao Shuang, initiating a coup at Gao-ping Hill. At the time, Zhong Hui also participated in it. Everyone was worried about Zhong. However, Zhang Chang-pu was unmoved.

Seeing that Zhang Chang-pu was calm and composed, some officials couldn’t help telling her that Zhong Hui was in danger, and wondered why she wasn’t anxious.

Zhang Chang-pu calmly replied: “Great General Cao Shuang has lived extravagantly with no discipline. I’m often worried about him. Sima Yi’s coup isn’t to endanger the nation. It’s aimed at the Great General. My son is at the Emperor’s side. What is there to worry about? Word has it that Sima Yi’s forces do not have large numbers or heavy weapons, so I think it will not be a long, drawn-out battle.

The battle unfolded as Zhang Chang-pu predicted and people praised her for having insight and wisdom underpinned by virtue. Afterward, Zhong Hui continued to receive great favors and rewards.