How Mobile Phone Usage Can Hurt Your Eyes and Overall Health 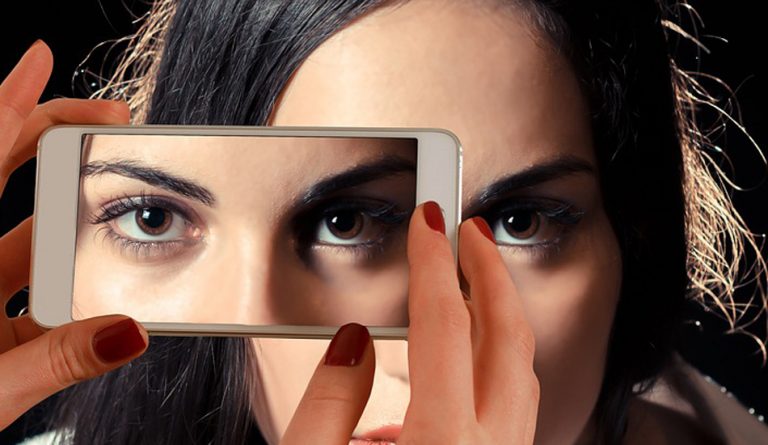 There have always been concerns that smartphone use might end up hurting people's eyes. (Image via Pixabay)

There have always been concerns that mobile phone usage might end up hurting people’s eyes and negatively affect their overall health. And as more research on the subject is coming in, it seems that the concerns are indeed valid.

How blue light affects your eyes

A major issue with staring at smartphone screens for long periods of time is that you will be exposing your eyes to blue light. A study found that blue light produces superoxide radicals in the cells of the retina, which end up causing cell death. The worst effects were observed when eyes were exposed to short-wavelength blue light for too long.

“The study suggests it is prudent to adjust screen brightness to be no brighter than needed to do the work or enjoy the entertainment,” Chemistry World quotes Joshua Dunaief from the University of Pennsylvania, who researches aging of the retina.

Another survey conducted among 2,000 people under the age of 25 years also came to the same conclusion as the previous study — that blue light is harmful to the retina. In fact, blue light was seen as causing macular degeneration, which could end up blinding the person.

“Although we don’t know if there’s a direct link with it [blue light] creating eye problems, there is strong lab evidence it can potentially do that.  It’s the combination of not blinking enough and bringing the device closer than you normally look at objects — it strains your eyes,” BBC quotes optician Andy Hepworth.

The survey also found that almost 43 percent of the participants suffered from anxiety or irritation when they were not able to check their smartphones for extended periods of time.

Smartphones also tend to disturb the sleep cycle of human beings. In the morning, people are exposed to blue light, which signals their bodies to remain awake. By the time dusk sets in, there is more red light in the environment than blue light, which tells the body to prepare for sleep.

However, when people use their smartphones late at night, they are exposing their eyes to the blue light being emitted from the screen. This tricks the body into believing that it is daytime. As a consequence, the body forces itself to remain awake. Such behavior, repeated over a long period of time, will develop into serious sleep issues.

Another study found a disturbing link between smartphone usage and depression in teens. The teenagers who used smartphones for more than five hours per day had a 71 percent chance of being exposed to suicidal risk factors.

“It’s an excessive amount of time spent on the device. So half an hour, an hour a day, that seemed to be the sweet spot for teen mental health in terms of electronic devices.  At two hours a day, there was only a slightly elevated risk. And then three hours a day and beyond is where you saw the more pronounced increase in those who had at least one suicide risk factor,” Tech Times quotes Jean Twenge, an author of the study.

Given such grave health risks associated with mobile usage, it is prudent to be cautious about how long you expose yourself to smartphones. If there are children at home, you need to educate them about the risks of excessive mobile usage.