Is This What Helps Create Outstanding Children? 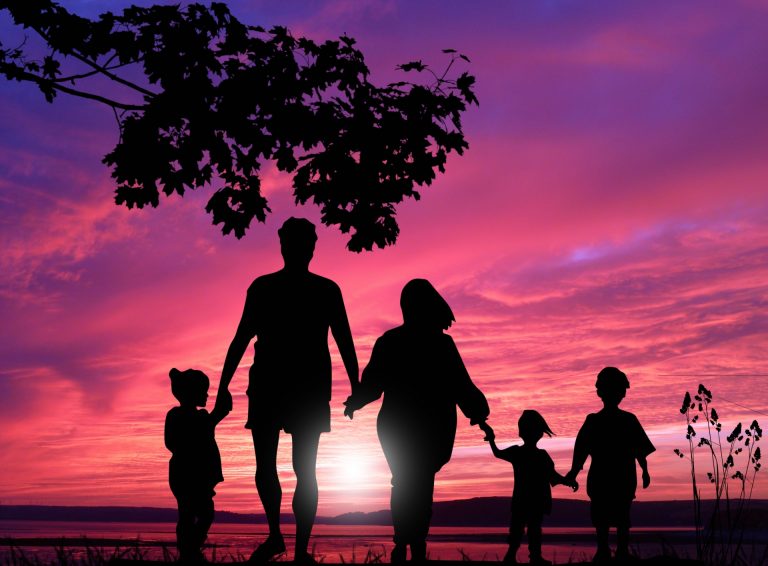 It is said that good habits help create outstanding children. What are these habits and do they apply to every child in the same way?

Those who advocate child education from a pedagogical angle believe that it is important for children to get into the habit of consistency in order to develop a sense of trust for receiving, accepting, and adapting the knowledge offered to them during childhood education.

“Same class, same teacher” one may say is a great contributor to breeding an outstanding child.

Then again, not all children develop at the same rate or with the same predictable advance of capabilities. What is it then that makes a difference in how children will think and behave? What is it that makes some students stand out, while others fall behind?

Some believe the answer may very well lie in the child’s IQ, regarding it as the main factor that determines how a child will eventually think.

Others, who suggest a slightly different take, say the IQ of a child plays only about 20 percent of the role during the learning process, and that the main key may be hidden in genetical factors, implying that there isn’t really much that can be done to affect a child’s outcome after birth.

While there isn’t much you can do about a child’s genetic makeup, there is a very critical factor that adults can creatively control. Good habits have the greatest impact on reaching goals and finally gaining achievements.

This is, however, easier said than done. How many times have you written, or mentally said and written out, resolutions? These resolutions to change, to better yourself, are basically saying: ” I want to develop better habits because my old ones are preventing me from reaching my achievements.”

Forming good habits takes time and consistency, but most of all patience, the ability to endure the passing of time and the hardships to come, along the way, to reach a successful achievement.

The critical factor that makes an impact on achievement, however, can be manmade. It is good habits. But forming good habits takes time and therefore needs to be acquired from a young age.

Most people would agree that punctuality breeds reliability. You may find more grounds for a personal conclusion after searching your own memories and experiences.

The following is the experience of a woman concerning two children in her son’s drawing class, and the difference in their attitudes.

A story of different attitudes

One of the children in the art class was a boy, who would typically enter class late and sit through class very unmotivated. The other was a girl, who would always be on time; she would even prepare and get ready for class very early.

One day, during a bad weather day, it was again time for their art class. You might assume that most of the children would be late due to the weather, but the little girl showed up on time, as usual, together with her mother. She was the only child who showed up that day. Over time, the girl’s drawing skills improved quickly, while the boy’s improvement seemed to drag behind.

One day, during a conversation between parents about their children and their talents, the mother of the girl remarked: “Talent is important. But compared to it, attitude is more important.”

She underlined that the key to taking things seriously is being on time. One’s attitude is like the framework and learning condition for the mind and has a direct impact on the result.

1. Time management and the key to success

It is safe to say that successful people are good timekeepers, because punctuality cultivates discipline and responsibility, qualities that are closely related to how others respond to them and the good opportunities that arise in return.

Being punctual demonstrates the ability of good time management. A well-planned agenda is essential for growing responsibility toward learning and life as a whole. This is derived from a person’s ability to manage their time, which is a result of their upbringing. Therefore, it is important to teach children the importance of punctuality and time management.

Tidiness, it is said, cultivates order and concentration.

Once, a Koran room organizer was paid to help rearrange a child’s room. When he entered the child’s room, he was surprised to see its messy condition: Books, toys, clothes, and miscellaneous things were lying around everywhere, along with three hamsters.

“How can a child settle and study in such a surrounding?” the room organizer asked. “The room is both messy and smelly,” he added.

Not long after he had spoken, they went on to clean up the room. The children joined in to tidy up and throw away things they didn’t need. Once the room was tidy enough again, the children happily sat down at their desks and began reading, not paying any attention to the busy organizer in the room.

According to a study by Harvard Business School, neat children with a clean desktop are the ones with good marks, outgoing personalities, concentration, and endurance. Children without the habit of tidying up are the ones who often forget, lose things, and have a sluggish attitude.

Reading may contribute to lifelong wealth. According to a  survey, 80 percent of the top achievers in college entrance examinations love to read. A high-mark achiever in language said that the more he reads, the stronger his sense of language becomes.

Children who read are relatively more mature and sophisticated in their thinking than those who don’t. They are apparently not as prone to bias and pigheadedness. They are independent, have their own minds, and do not follow blindly that easily.

It is best to start reading to children from a young age. Twenty minutes of a bedtime story is a great way to start. When they get around five, children can try learning words in preparation for their own reading as they get older.

In an account, a mother states: “My friend’s son was a tiny boy without any confidence.” He once joined a long-jump game in kindergarten and won. After being praised from then on, he became more outgoing and active, because he had proven his strength and gained self-confidence through the process. That is what sports can give a person!

Experts suggest that three hours of daily sports or activities are the minimum for young children between the ages of 1.5 and 5 years. If possible, they should be encouraged to take part in at least one type of sport. Playing sports, such as badminton, basketball, etc. not only allows them to release pressure and energy, but also helps with growth and eyesight health.

As Japanese writer Haruki Murakami put it: “Sports bring good which is invisible to the naked eyes, but deeply felt by the soul.”