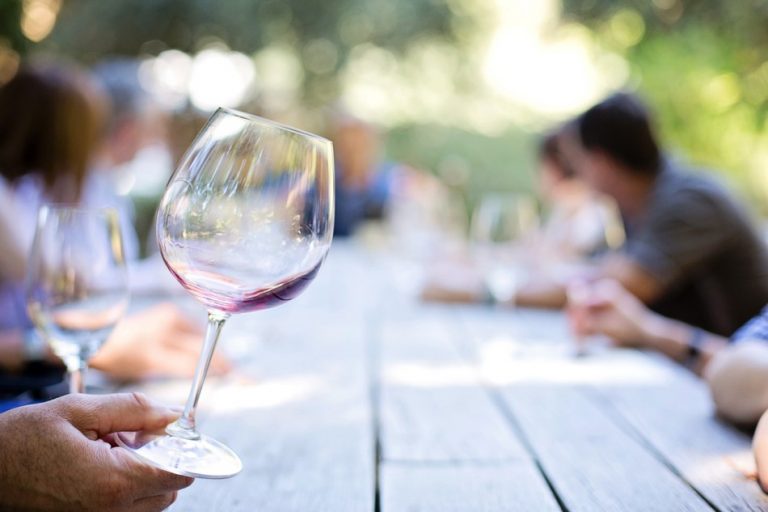 Imagine drinking a glass of wine and then being jailed for it. (Image: via Pixabay)

Imagine drinking a glass of wine and then being jailed for it. Now, imagine going through that together with your 4-year-old daughter. Unfortunately, this is what a Swedish citizen from Britain had to endure when she innocently sipped a glass of wine during her flight to Dubai and they ended up in a Dubai jail.

It was in July that Ms. Holman and her daughter flew from London to Dubai for a holiday trip. During the flight on Emirates, she was offered wine as a complimentary drink. When she arrived at Dubai, Holman was asked by the authorities whether she had consumed any alcohol. She admitted to drinking the wine offered aboard the flight.

Unfortunately, alcohol is restricted in the UAE. As such, she was immediately subjected to a blood alcohol test. Once her reading came out, the authorities detained her and her daughter and took them to a cell. Her phone and their passports were also confiscated. Holman was horrified, but couldn’t do anything.

“My little girl had to go to the toilet on the cell floor. I have never heard her cry in the same way as she did in that cell,” Fox News quotes a statement released by Holman. She was reportedly held in the cell for three days.

Meanwhile, her husband flew over to Dubai and tried to rescue her, but could not. He was able to get their daughter released, whom he took back to London. Holman, though released, was asked to stay in the UAE to face charges for her “crimes.” She burned through US$40,000 fighting the case.  And after the international spotlight grew over the situation, the UAE government decided to release her, not wanting to attract too much negative press.

“The UAE maintains a deliberately misleading facadé that alcohol consumption is perfectly legal for visitors. It is wholly illegal for any tourist to have any level of alcohol in their blood, even if consumed in flight and provided by Dubai’s own airline. It is illegal to consume alcohol at a bar, a hotel, and a restaurant, and if breathalyzed, that person will be jailed,” Forbes quotes Radha Stirling, CEO of Detained in Dubai, an organization that helps victims of injustice in the UAE.

Back at her home in London, Holman soon started getting hate messages and death threats. She says that authorities back in Dubai were targeting her and that they started a hate campaign against her on social media, calling her a liar on Facebook groups. Some have even called her asking whether the relationship with her current husband is over.

“It’s been actually hell. It’s unbelievable. I have people texting me asking me to take the pictures down from my social media that I have with them. People in Dubai, mostly, because they are afraid. It is a state of fear. I’m being punished all over again,” she said in an interview with Daily Mail.

The entire incident actually raises an important question — why did the airlines even serve Holman wine during her trip to Dubai? The airline would have clearly known that alcohol is restricted in Dubai and that their passengers could be arrested if alcohol is found in their blood.

Knowing this, any morally responsible airline should have avoided providing their passengers with alcoholic drinks during their flight to UAE. And yet, the fact that Emirates offered wine to Ms. Holman is an example of truly irresponsible customer service.